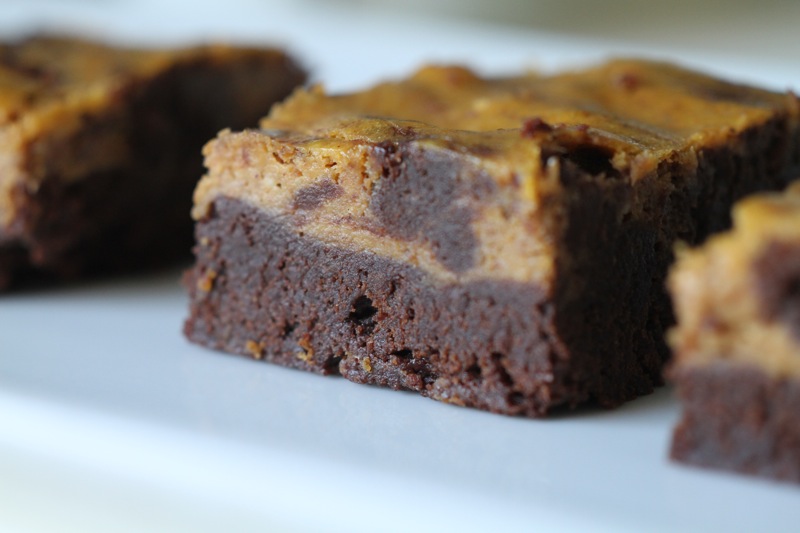 If you’ve never tried the combination of pumpkin and chocolate, you are seriously missing out.  The first time I ever tried the unusual, but oh-so-delicious pairing was several years ago when I made these Chocolate Pumpkin Truffles.  I was in heaven.  You wouldn’t think that the two flavors would go together but they compliment each other wonderfully.  Throw in some cinnamon and it’s a party in your mouth!   Now, add a cheesecake factor and you have mind blowing AWESOMENESS.  And that is just what you get with these Pumpkin Cheesecake Swirled Brownies. 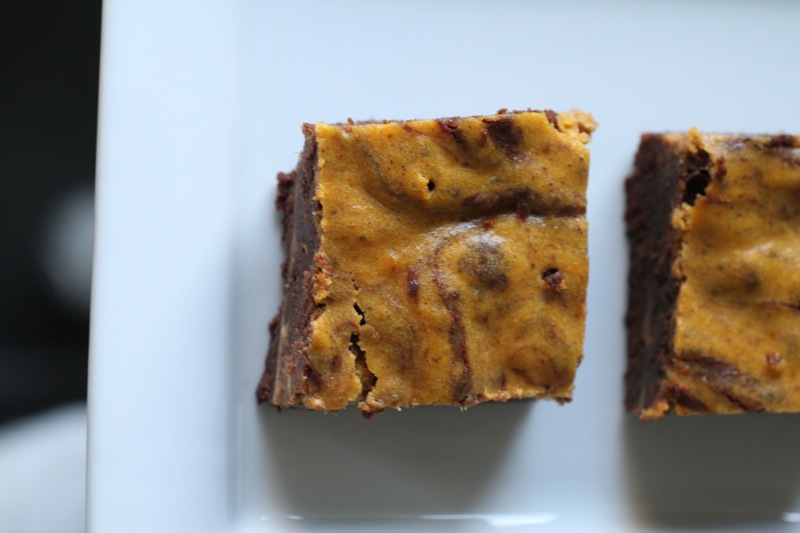 These are simple and delicious.  The brownie batter is super thick and doesn’t seem like alot when you pour it in the pan, but after it bakes up, it’s the perfect proportion of brownie to cheesecake.  The only problem I had was swirling the brownie batter into the cheesecake because it was so thick.  It was more just kind of gently mixing it all together with a knife.  But it worked!   And they turned out perfect.