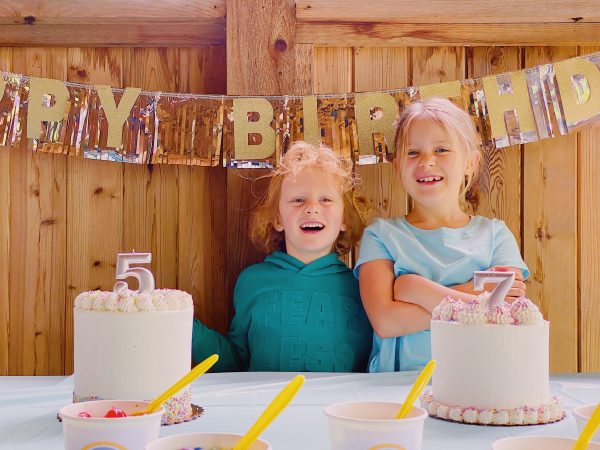 Typically we are in the middle of a birthday party marathon right now with Avery’s birthday being April 18th and Elias’ birthday on May 17th, however our big family and friends party plans were slightly modified this year. Instead of the kids each having their own birthday parties just a few weeks apart, we opted to do one BIG celebration this year and it was so fun! 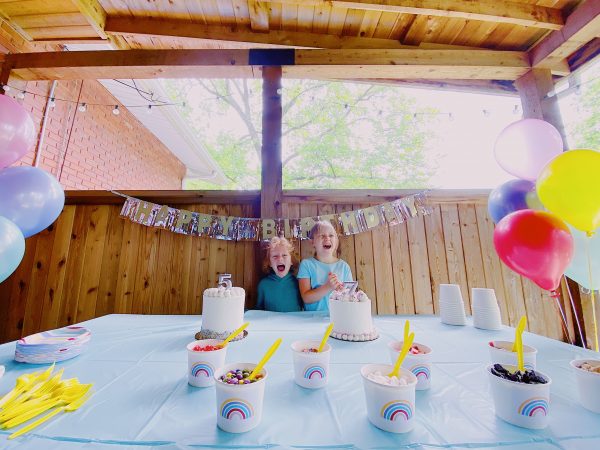 After weeks of being at home and having limited contact with people, it was great to see all of our friends and family together and having a great time! I went pretty simple this year and just did a few balloons and simple decor and had two cakes from one of our favorite local, vegan bakeries Whipped Cream and Other Delights. Her stuff is BEYOND delicious and no one at the party could believe the cakes were vegan and everyone agreed they were even better than “traditional” cake. So good!

We also had a super fun VEGAN ice cream bar with homemade chocolate and vanilla ice cream and alllllll the toppings! 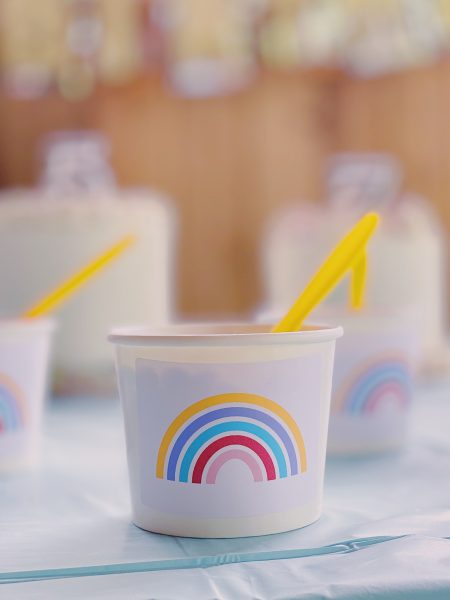 In all honesty I’m LOVING this combined birthday thing…we’ll see what next year brings. 😉

See birthdays gone by at the links below! 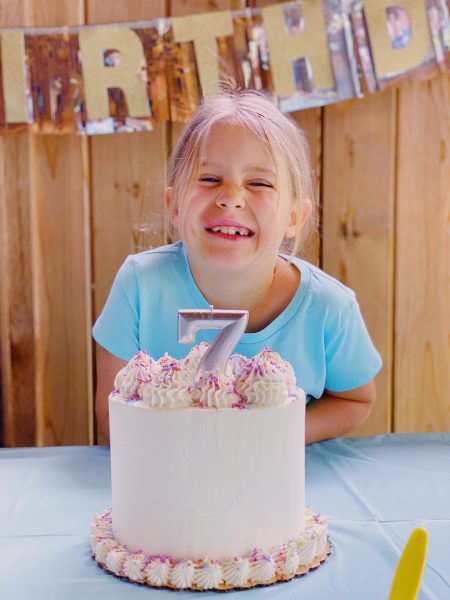 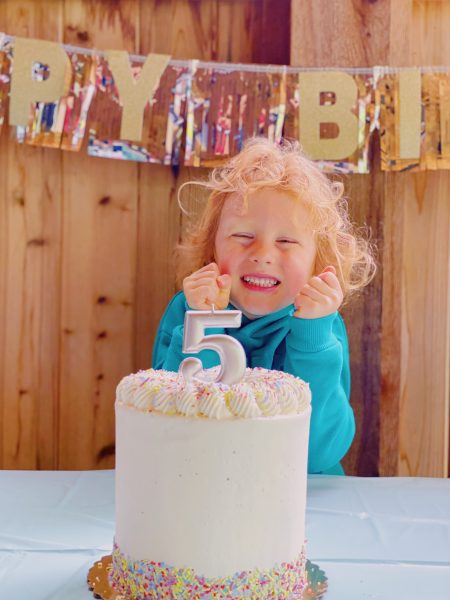