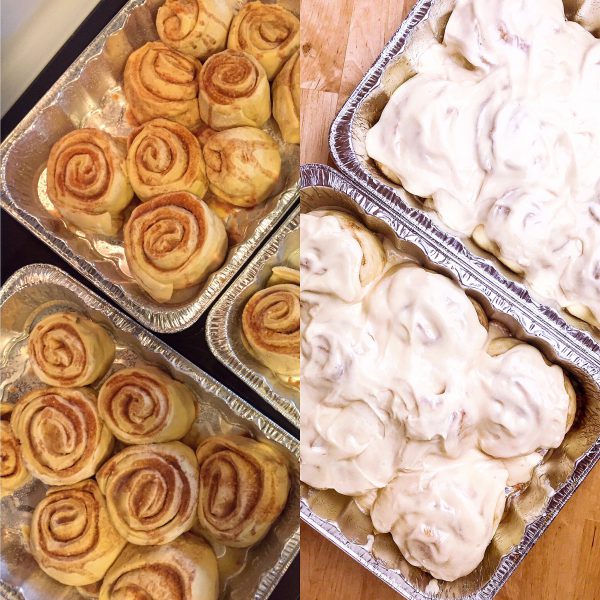 I’ve been wanting to try Minimalist Baker’s cinnamon rolls forever but never had a great reason to take time away from my normal cooking to make them. Until last weekend! My daughter’s school was having a geography banquet and her state was Arkansas and it just so happens that cinnamon rolls supposedly are a big deal in Arkansas so I got the recipe and went to work.

I modified the recipe a bit to be sugar free, used coconut milk and a slightly different flour. Even with changes they turned out super yummy…hubby said the best cinnamon roll he’s ever had. My daughter liked them all right but surprisingly said they were too sweet and she liked the ones I have done before much better which are actually much healthier than these! Hah! Ok?!

They were good…yeasty, soft, tender and delicious. Put them on your must-make list!

One Reply to “The BEST Gooey Cinnamon Rolls–Vegan and Sugar-Free!”