I am proud to say that my husband is now a chocolate and mint convert–all because of these brownies.  He said he wasn’t going to try them but then he saw them…and then he tasted them…and then he couldn’t keep his hands out of them.  Hah!  And I have to admit, they are GOOD.  I mean, I love anything mint and chocolate but these are one of the best renditions of that combo I’ve ever had…if I do say so myself.  The mint flavor from the Thin Mint cookies and Andes mints is not overwhelming and somewhat subtle and then the Bailey’s buttercream…oh my word, don’t even get me started.  It took so much restraint to keep from eating this frosting by the spoonful.

Now when I say Bailey’s, let me clarify.  When I went to purchase my bottle of Bailey’s I could not believe that is was nearly $20!!!  And all I needed was two-thirds of a cup!!  Ummmmmm, no, not happening.  So I thought hey, what about Irish cream flavored coffee creamer?  Yes!  Perfect.  Well, much to my surprise and delight I discovered that Bailey’s had their own brand of coffee creamer–for two bucks!   Score!  I knew I had some whiskey at home that I could throw in and I’d be good to go. 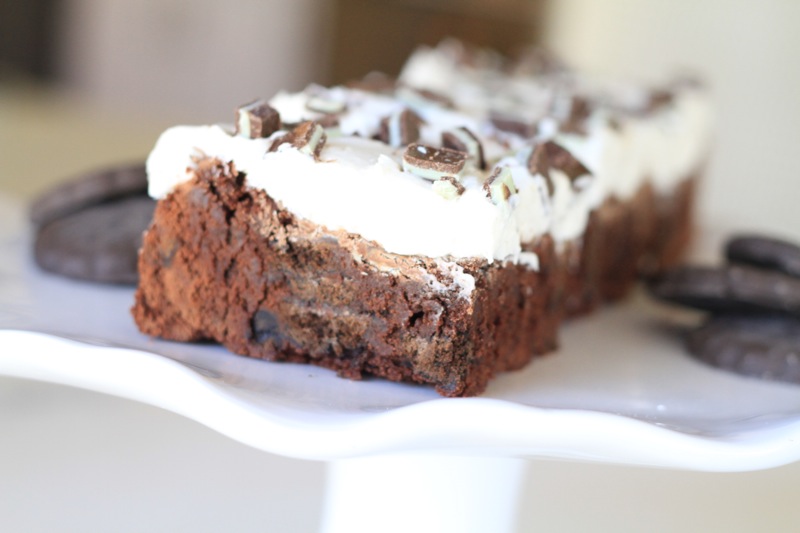