Pound cake isn’t something I crave regularly if ever, but I had a recipe a co-worker gave me that I knew was absolutely fabulous and I had a LOT of sour cream that needed to be used ASAP so I decided to give it a try. The original recipe my co-worker had made was chock full of lemon juice, lemon peel, lemon extract…basically, it had a TON of lemon flavor. Even a lemon glaze! And while I adore lemon, I wasn’t too sure the crowd I’d be baking for would share my sentiments for citrus so I decided to alter the recipe just a tad. Plus, I had a ton of maraschino cherries I needed to put to good use! 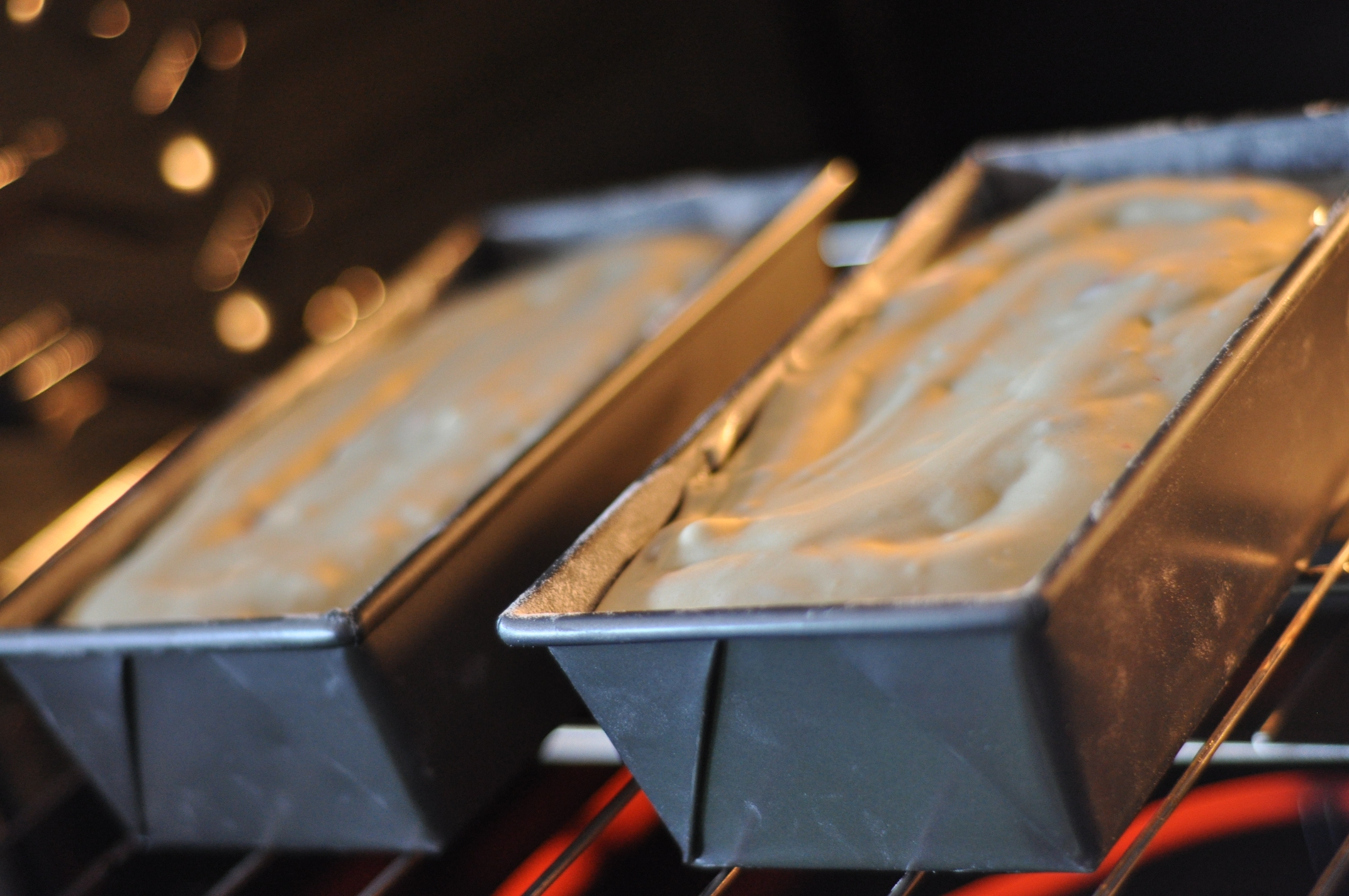 I won’t lie, I licked the batter off the spoon. And the mixing bowl. And the beater. It was good…very good. At this point, I became EXTREMELY excited for the finished product.

My excitement died down a bit however when the cake still wasn’t done after the alloted time called for in the recipe, 45 minutes. In fact it took a whole hour and 10 minutes and my toothpick never came out completely clean!  But I couldn’t wait any longer so I decided it was time to cool. 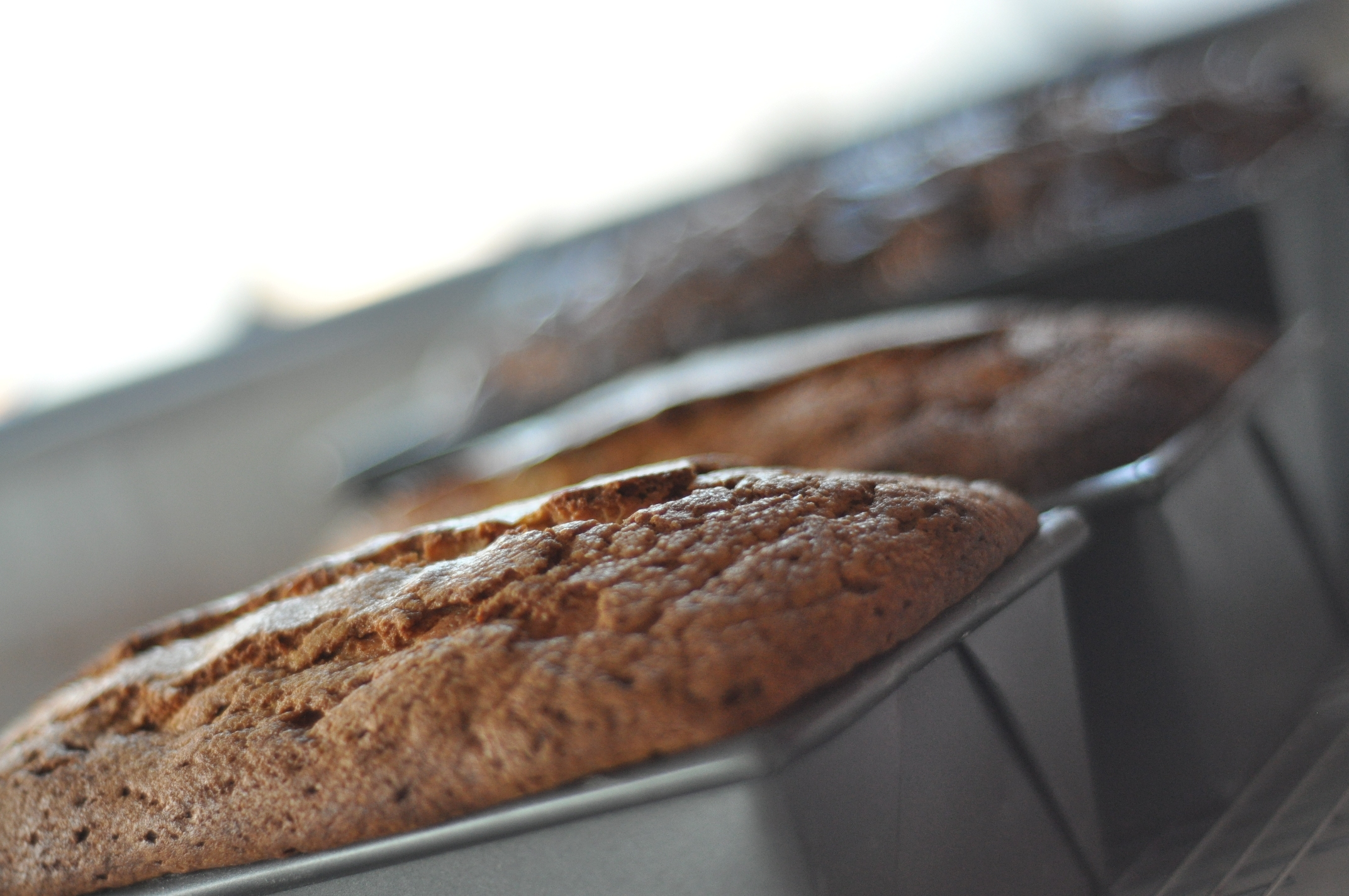 Despite the edges being dry and just slightly overdone, the cake turned out great. I didn’t have time to do the glaze but the top of the cake formed a nice, sugary crust that I loved. I think I could have just eaten the tops off both cakes! The cake itself was very moist and had great almond and cherry flavor, although it wasn’t as dense and thick as I thought it would be. But that didn’t seem to be a problem for anyone–it got gobbled up! 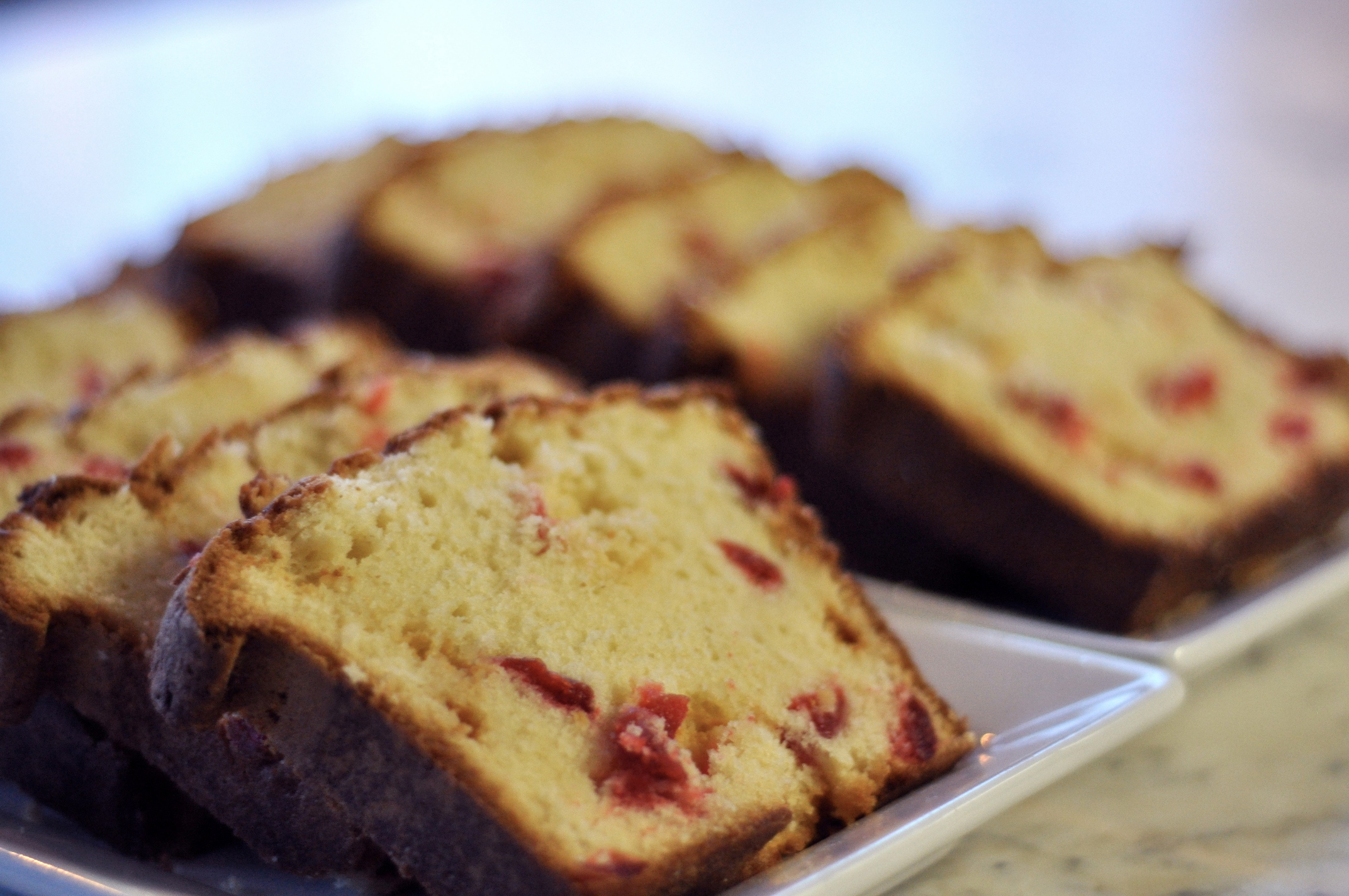 Mmmmmmm, wish I had a nice, thick hunk right now to dunk into some ice cold milk. If you try it, definitely have milk or ice cream on hand to go with. It just makes it that much yummier.

This is the original recipe with my changes noted at the end.

1. In a large mixing bowl, cream butter and sugar until light and fluffy, about five minutes. Add eggs, one at a time, beating until incorporated. Stir in lemon juice, peel and extract. Combine the flour, baking soda and salt; add to the creamed mixture alternately with sour cream, beginning and ending with flour. Beat just until combined (very important to NOT overbeat otherwise you will incorporate too much air into the batter and cake will have a lighter, airier texture).

2. Pour into a greased and floured 10-in. fluted tube pan. Bake at 350 degrees for 55-60 minutes or until a toothpick inserted near the center comes out clean. Cool for 10 minutes before removing from pan to wire rack to cool completely.

3. For glaze, in a small mixing bowl, beat the sour cream and butter until blended. Gradually add confectioners’ sugar. Beat in lemon juice and peel. Drizzle over the cake. Store in the refrigerator.

-I added 1 t. vanilla, 3-4 t. almond extract and one cup of melted white chocolate to the batter immediately after the eggs. I folded in 2 cups of halved maraschino cherries (drained and patted dry) and 1 cup of white chocolate chips right before pouring the batter into the pans.

-For the glaze, substitute maraschino cherry juice for the lemon juice and add vanilla and/or almond extract.

DP Bite-Pound cake was a British creation in the early 1700’s. The aptly named cake contained one pound each of eggs, butter, sugar and flour. No leaveners were used other than the air whipped into the batter. Fascinating, right?!? Well, I think so. 🙂