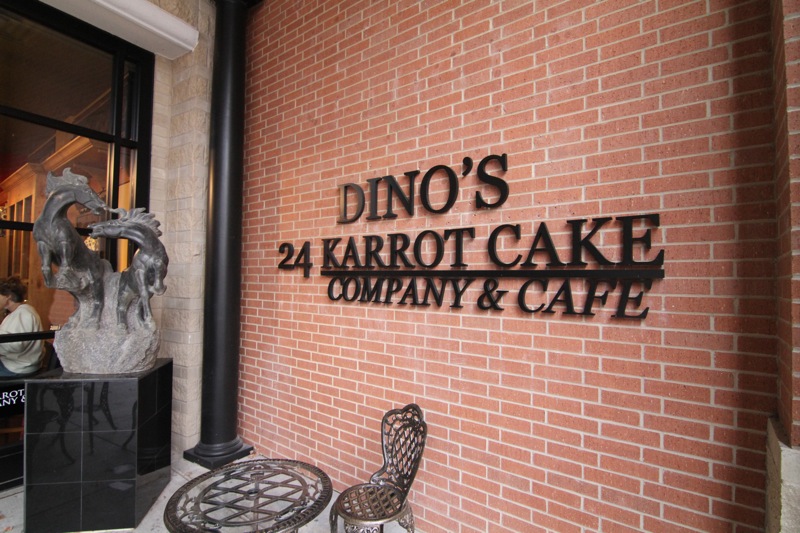 In case you don’t live in the Ozarks or anywhere near Branson, MO you might not be familiar with an entertainer named Dino but he is actually fairly well-known for his musical abilities in these neck of the woods.  He is also known for his carrot cake.  Yes, carrot cake.  Supposedly it’s an old family recipe that had been passed down and he decided to open up a bakery featuring the carrot cake as it’s star and of course added a few more tasty cake options. 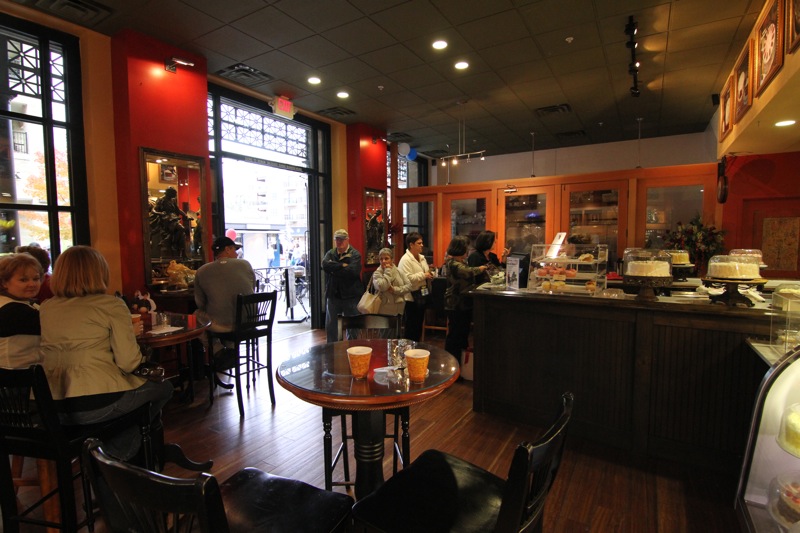 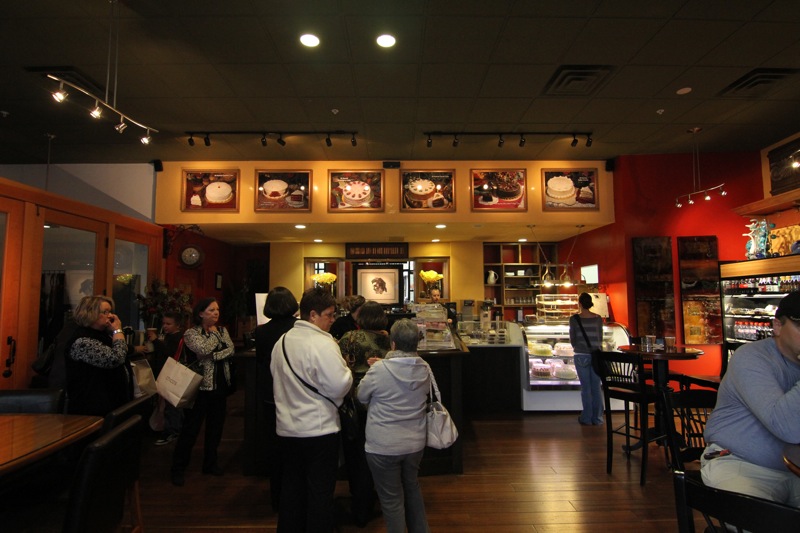 I had been hearing about this carrot cake from family members who lived around that area but never made it in to Hollister, where his first bakery is located.  So a couple of weeks ago when Jeremy and I were in Branson, I discovered he had opened up a second location at The Landing.  I was so excited!  I’d finally get to try his famous carrot cake! 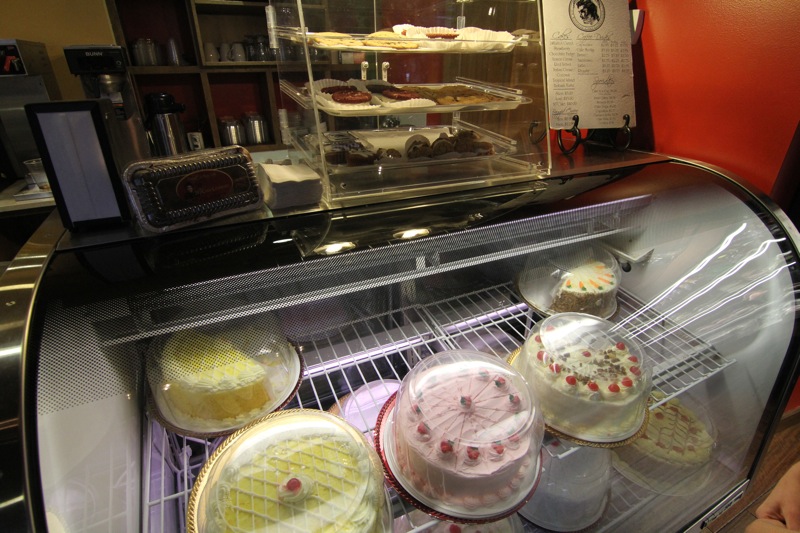 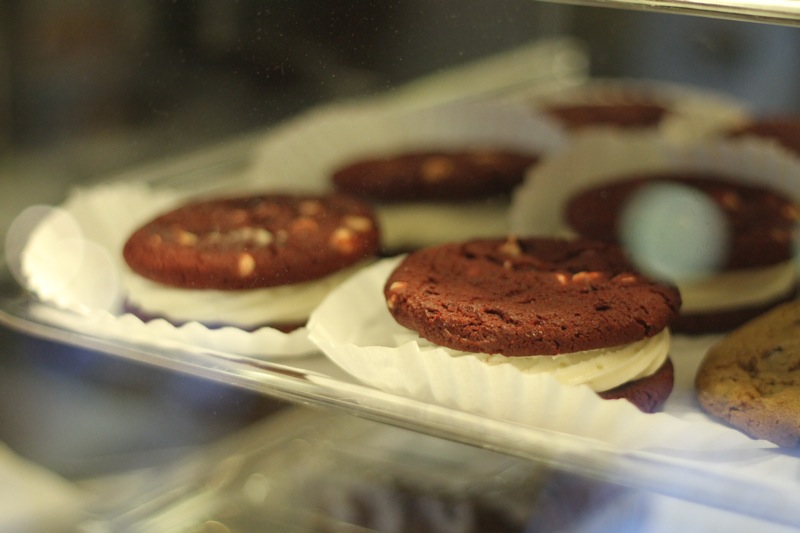 He didn’t have a ton of options on the menu (which is probably a good thing for me since I can be so indecisive) but what was available all looked so delicious it was hard to decide.  And it’s not like we could order 12 different things…these were cake slices, not little cupcakes, so it was all a bit more pricey.  I think the slices were around $5 and the cupcakes were $2.50.

I decided I wanted to try the 24Karrot Cake (obviously) along with a Pumpkin Cupcake.  The carrot cake, was really good and very rich.  It was super moist and had chunks of walnuts, coconut and pineapple all through it.  It didn’t have quite as much spice as I normally like in carrot cake and it actually tasted a bit buttery to me, but I still thoroughly enjoyed it.

The pumpkin cupcake was another story…it was absolutely horrible.  We both took one bite and had to throw it away.  The cake was very dry and hardly tasted like pumpkin and the icing was just bland and hardly had any cinnamon in it at all.  It was very odd and I honestly just wondered if something went wrong with that batch. 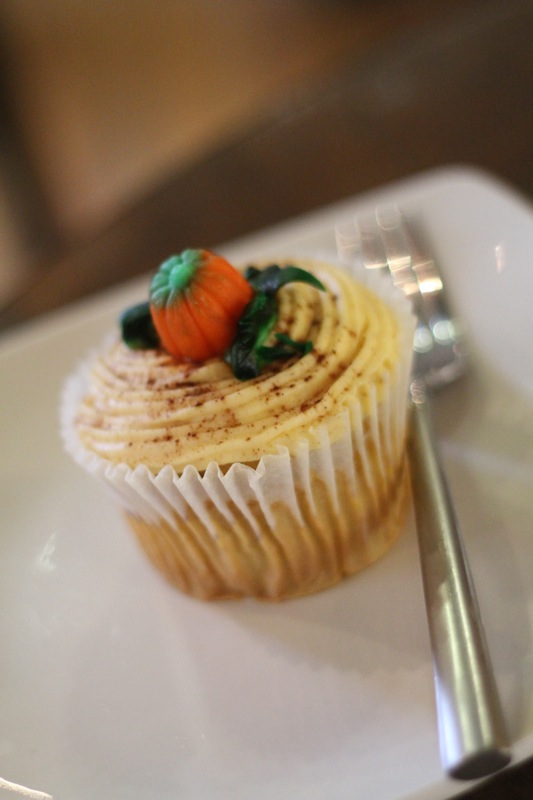 Jeremy chose the Chocolate Fudge Cake and I have to say it was both our favorite choice by far.  The chocolate cake was divine and it was filled with layers of light chocolate buttercream and the whole thing was covered in chocolate ganache.  It was awesome.   Somehow Jeremy’s choice always ends up being our favorite! 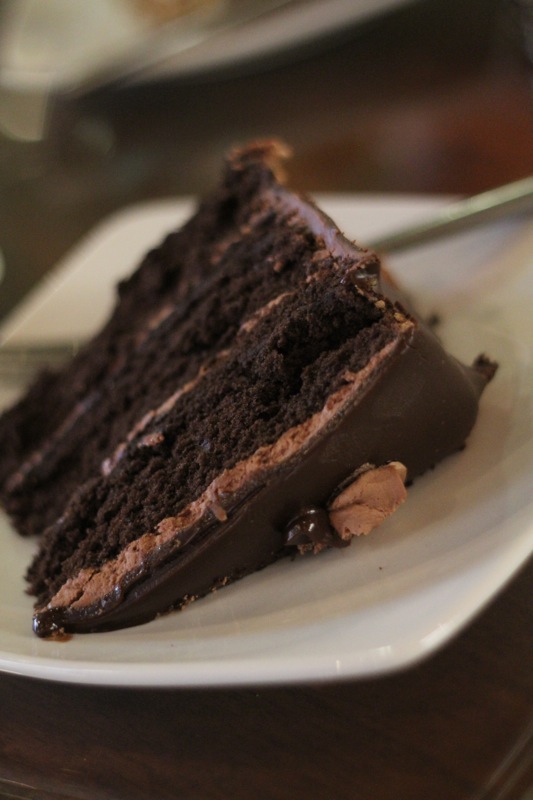 Oh and the cinnamon rolls looked AMAZING and I noticed lots of people buying those and I so wanted to get one but didn’t.  I will definitely try one next time.  If you’re down at The Landing to do some holiday shopping, be sure to stop in and try Dino’s bakery!