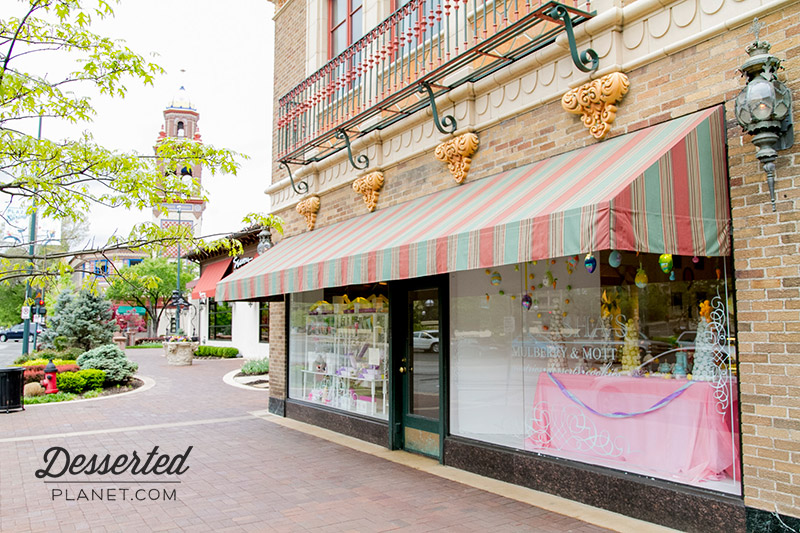 My friend Shawna had more than once told me how AWESOME Natasha’s on the Plaza in Kansas City was.  Especially their macarons, apparently the best and I LOVE macarons.  So, when Jeremy and I had a chance to go to a B&B in Excelsior Springs for a couple of days for our fifth anniversary (yay!), I knew that I would absolutely have Natasha’s on my agenda since KC was so close and I wanted to go shopping on the Plaza anyway.  Perfect! 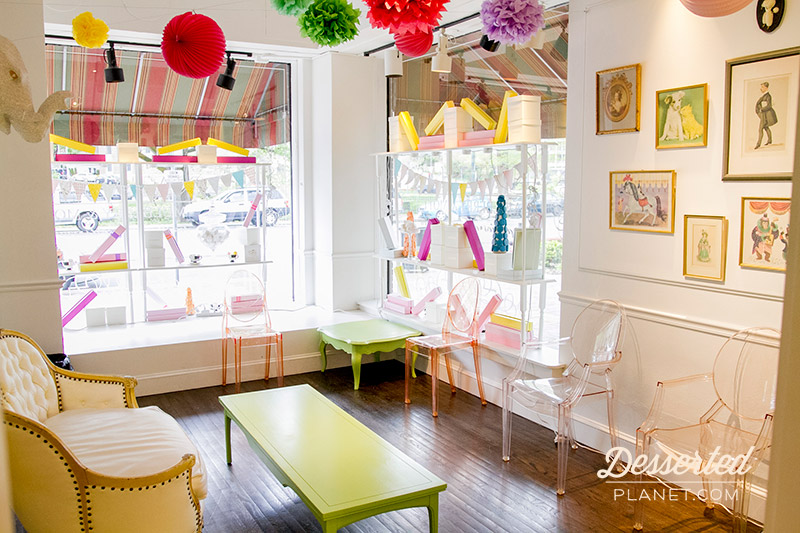 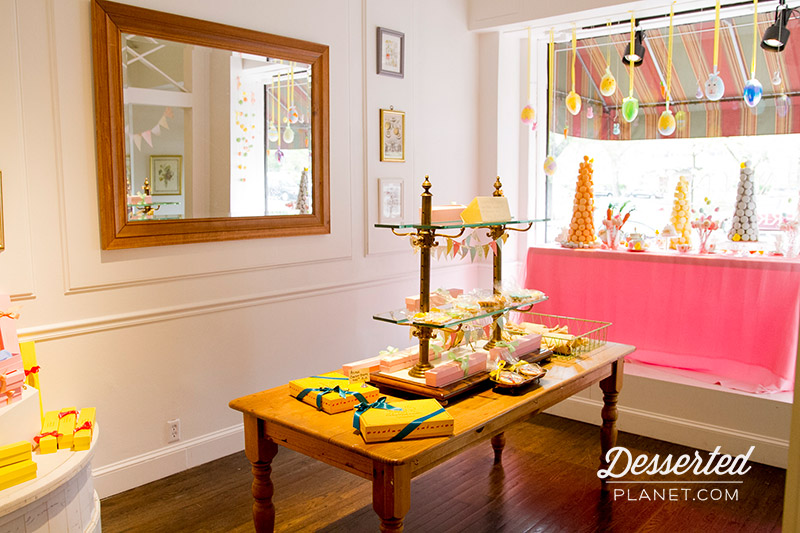 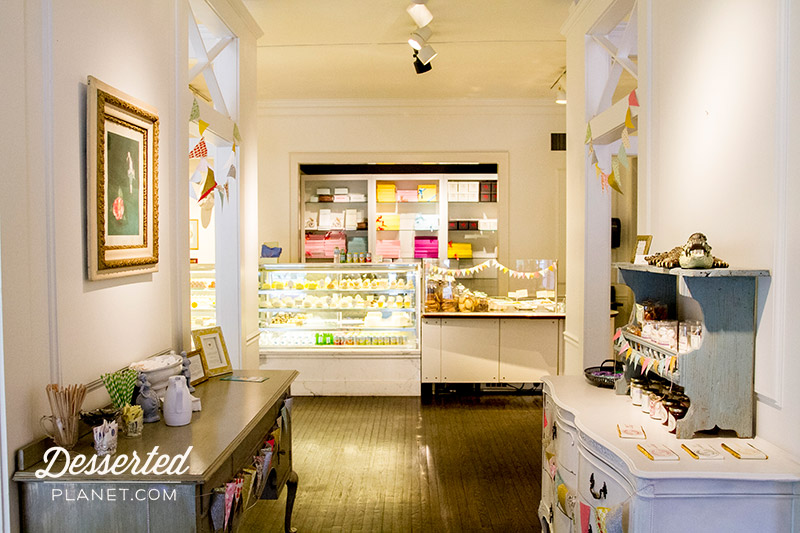 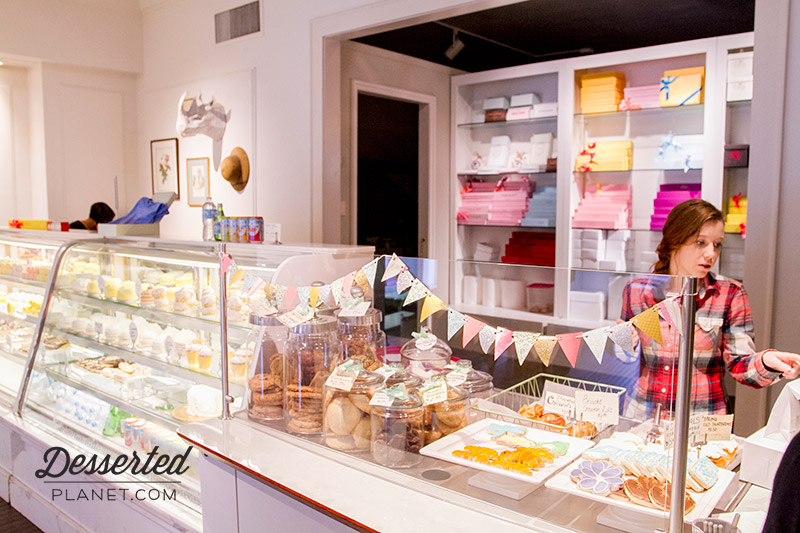 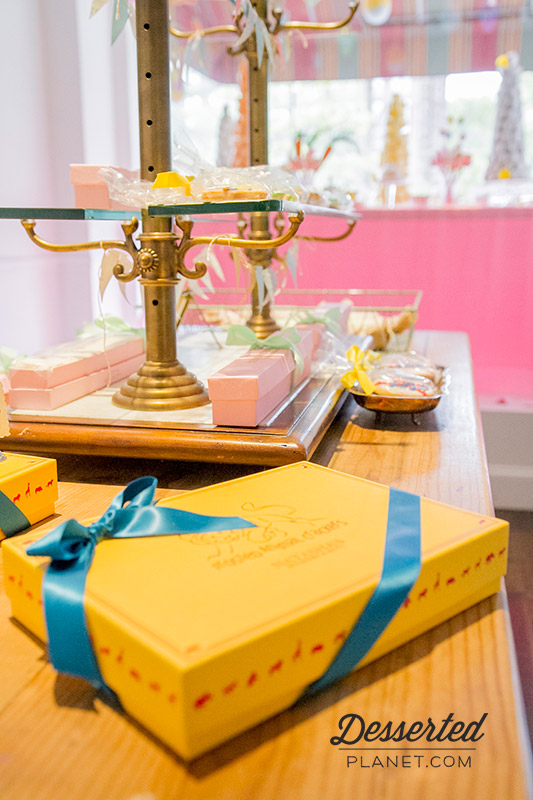 All I can say is from the time I walked into Natasha’s Mulberry & Mott until the time we left, I was absolutely mesmerized by everything about this little place.  I felt like I was in a little Parisian shop/cafe, surrounded by vintage furniture and picture frames, pristine white walls with pastel accents, gorgeous chandeliers and a little tea bar against one wall.  And the desserts…jars of cookies, bars and marshmallows,  assorted pastries, tarts and little cakes in the pastry case and the most impressive display of macarons I’ve ever seen! 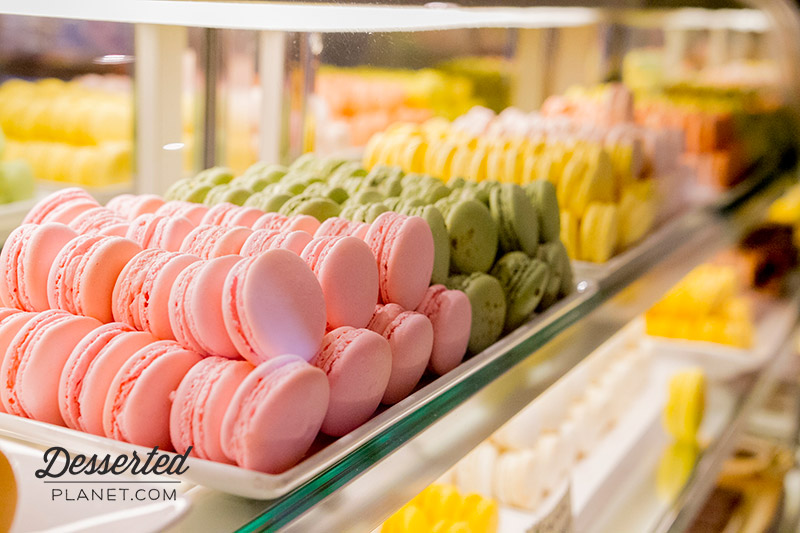 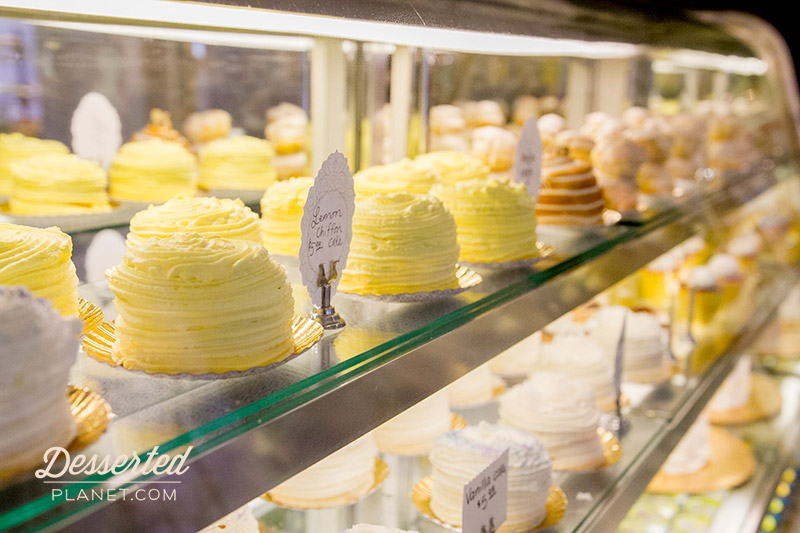 And the best part…because we were there on Saturday, they had a fresh batch of their massive brioche cinnamon rolls, covered in buttercream.  They apparently only make them on Friday and Saturday which is a shame because if I lived there, I’d buy one every. single. day.  They were TO DIE FOR.  We got one to share and then every flavor of macaron which was 14 different kinds in all.  We thought there was no way we’d be able to eat the whole cinnamon roll but oh my gosh, once we started, we couldn’t stop!  Best one I’ve ever had.  As for the macarons?  Also amazing and probably the best I’ve had.  I liked almost every one (except the maple bacon…I just can’t get into desserts with bacon ick) but Jeremy and I agreed our favorite was the margarita which I wasn’t expecting! 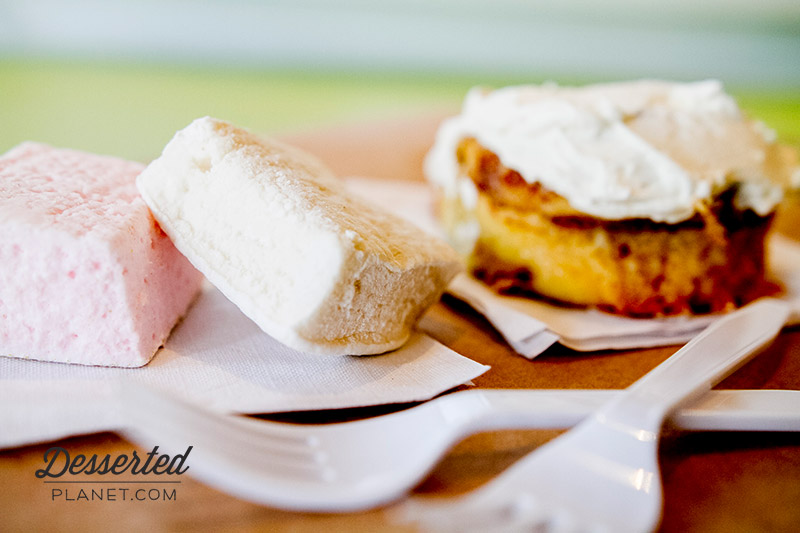 Our overall rating:  5 out of 5 stars!  This place is a MUST if you are anywhere near the Plaza in Kansas City.  You will be in French pastry heaven!

One Reply to “Natasha’s Mulberry & Mott”