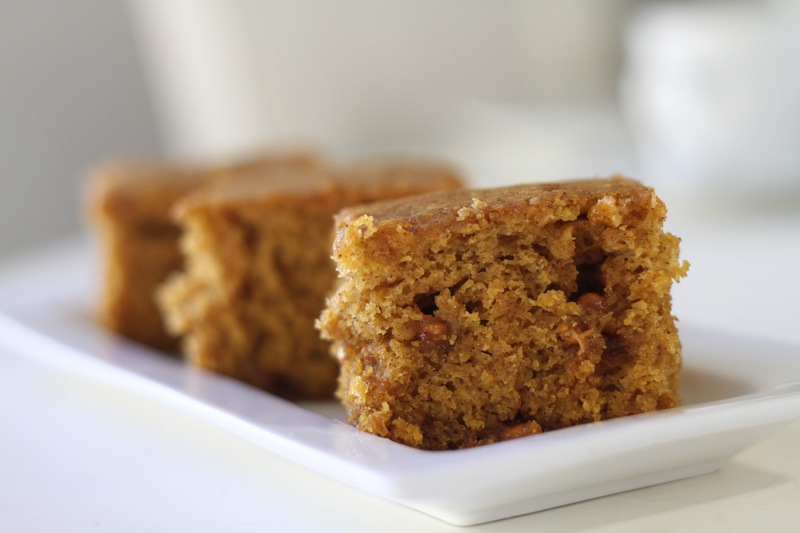 My original intent for this post was that it would be a recipe for pumpkin BROWNIES (or blondies..whatever) but about a quarter of the way through whipping these up I realized that I was not going to end up with the dense, chewy, pumpkin-y brownies I was dreaming of but most likely, a cake.  And I was right.  I was definitely a little disappointed at first but got over it pretty quickly after my first bite.

It was probably one of the most moist pumpkin cakes I’ve ever had and so wonderfully spiced.  It’s good enough to stand on it’s own without frosting but would most certainly be even more awesome with a layer of cream cheese frosting or a dollop of homemade whipped cream.  I took it to a family function and didn’t bring any home, so that’s a good sign!  So, I suppose it worked out but I’m still on the hunt for the perfect pumpkin brownie recipe!

Print
Spiced Pumpkin Cake
Ingredients
Instructions
Notes
Serves 18. *I also put an 11 oz. bag of butterscotch chips in these but since they weren't thick like brownies, they all sunk to the bottom half of the cake. So, it's up to you if you want to add them or not.
Wordpress Recipe Plugin by EasyRecipe
2.1.7 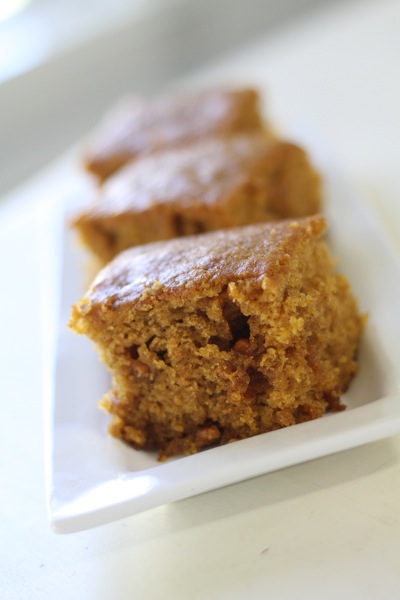