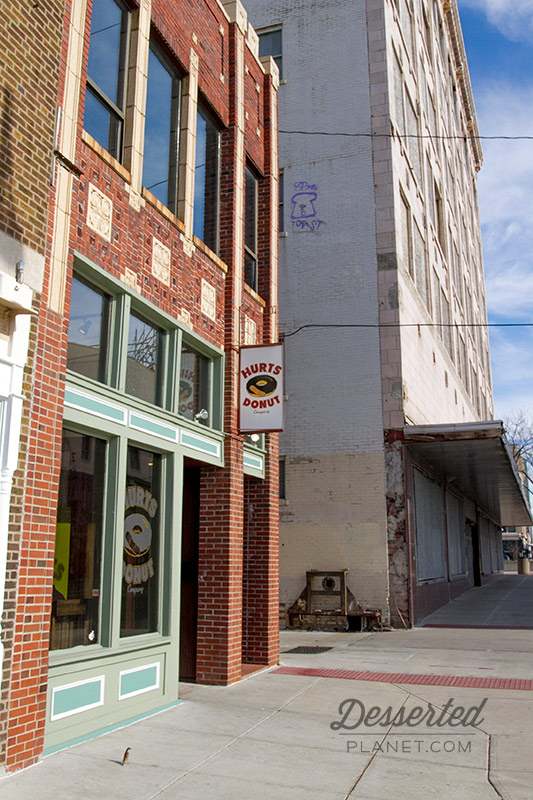 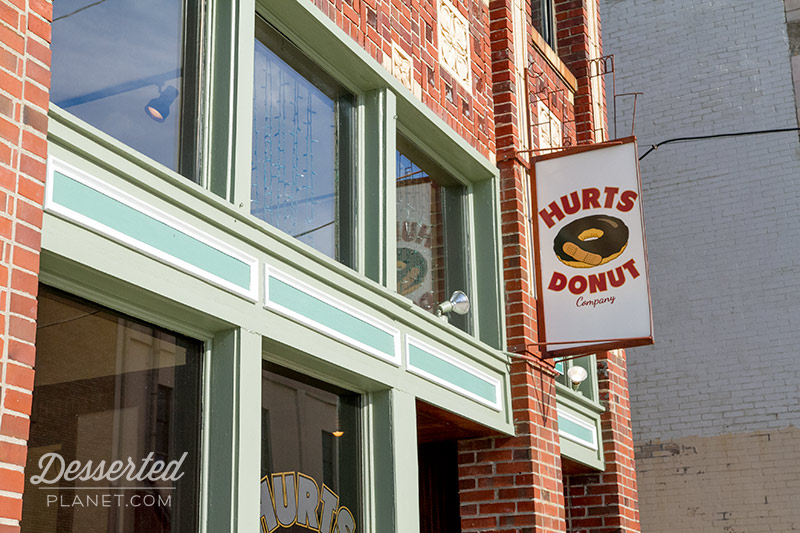 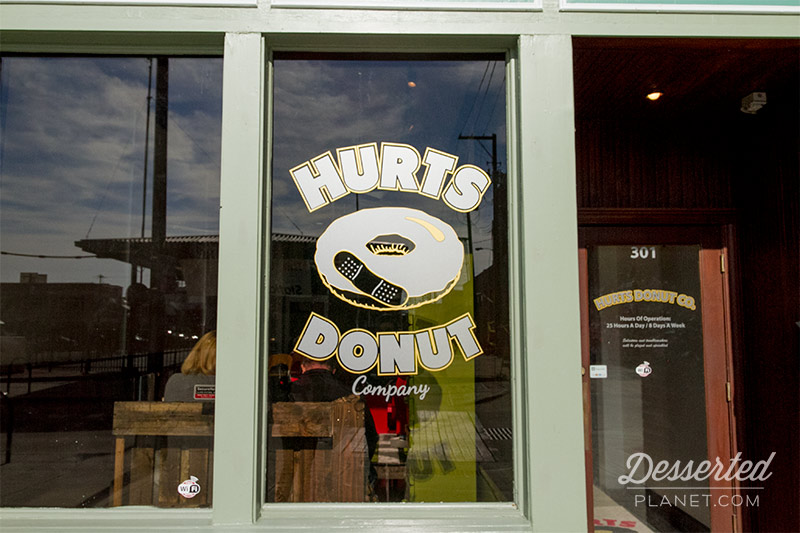 A few weeks ago a new donut (doughnut?  I never really know) shop opened in downtown Springfield, MO and people went NUTS.  I mean, NUTS.  It was lines out the door, front page news, donut PANDEMONIUM.  So of course I had to check it out and see what all the fuss was about.  We ventured downtown late one Saturday morning with stinker butt (that would be our daughter, Avery) and to our surprise there was no line out the door and hardly anyone inside.  Apparently we had just missed the rush.  Yay!  So we got to swagger right up to the counter where we were greeted with a plethora of brightly decorated, candy and cereal crusted donuts. 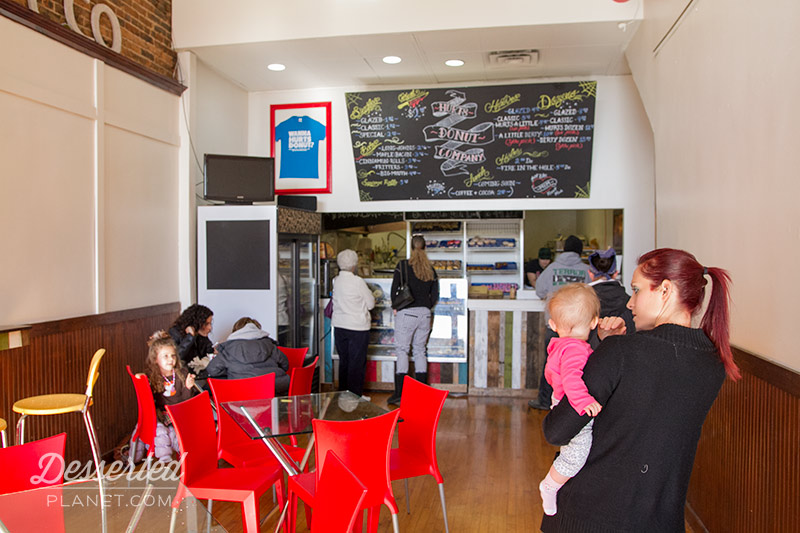 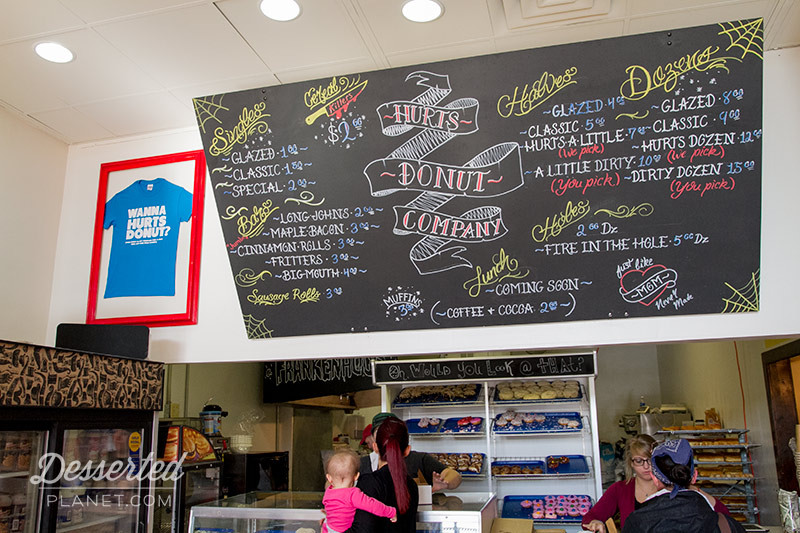 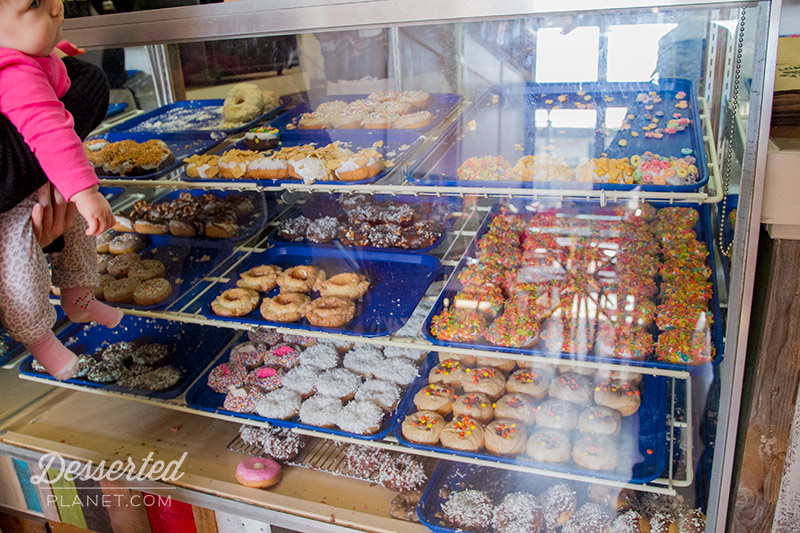 The variety was pretty big….from your basic glazed yeast donut to maple bacon long johns and cake donuts dipped in frosting and covered with cereal, candy bars, sprinkles and almost anything else you could imagine.  It reminded me of a place I had seen on Food Network years ago called VooDoo Doughnut in Portland, Oregon. 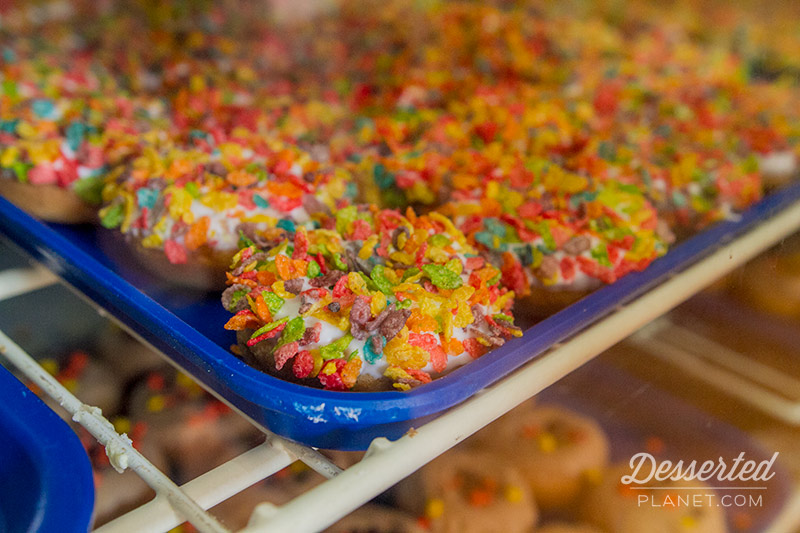 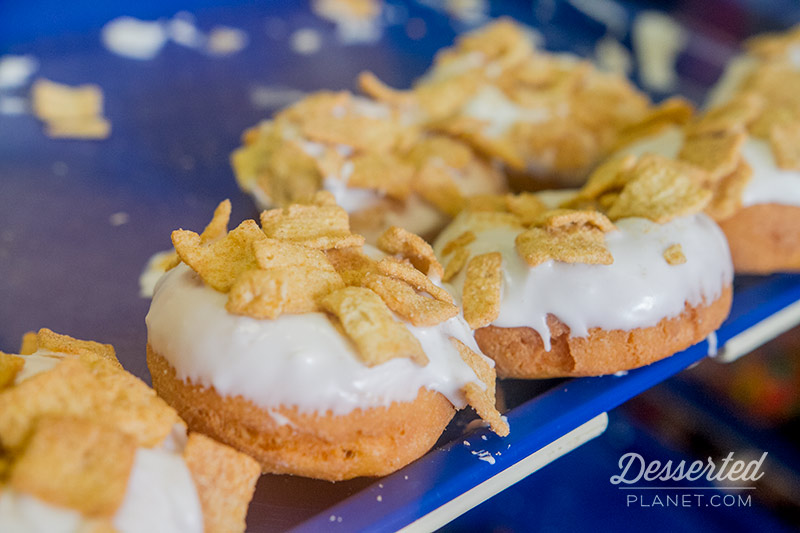 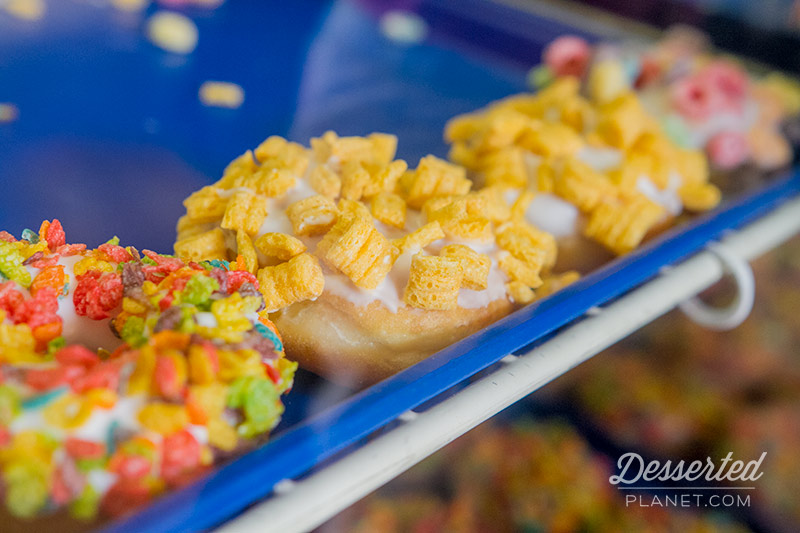 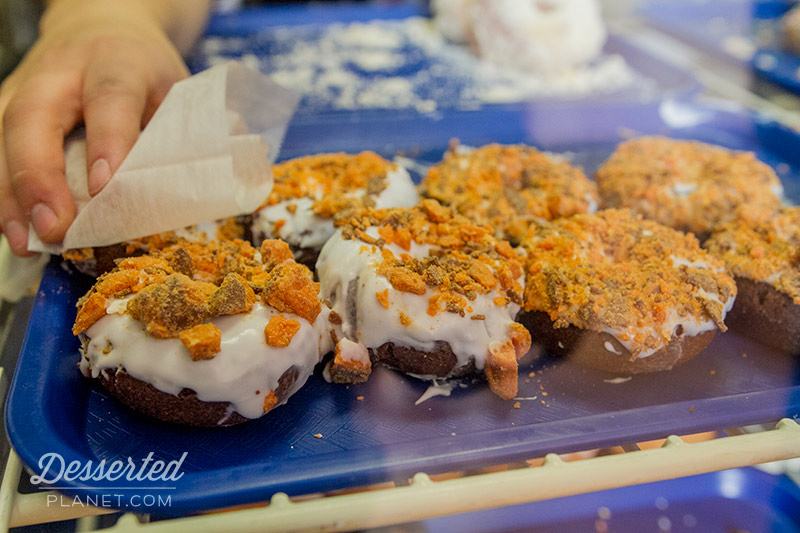 So how were the donuts?  Pretty tasty.  I wasn’t a fan of the cake donuts with all the crazy toppings (cereal and candy on a donut just isn’t my thing) but the streusel yeast donut and glazed maple long john we had were quite delicious.  I can definitely understand the appeal to so many people with all the variety they have.  You’re bound to find something you like!  At this point, they are open 24 hours a day so check them out if you are in the area.  Hopefully this place will be around for awhile! 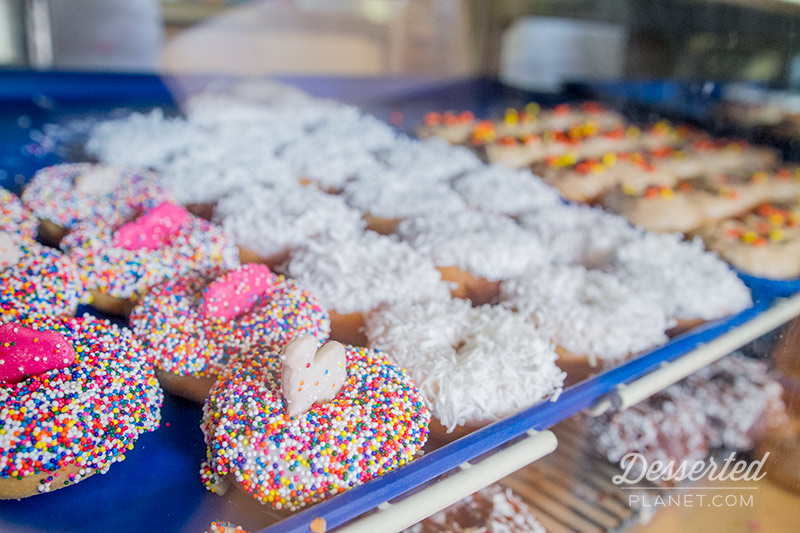 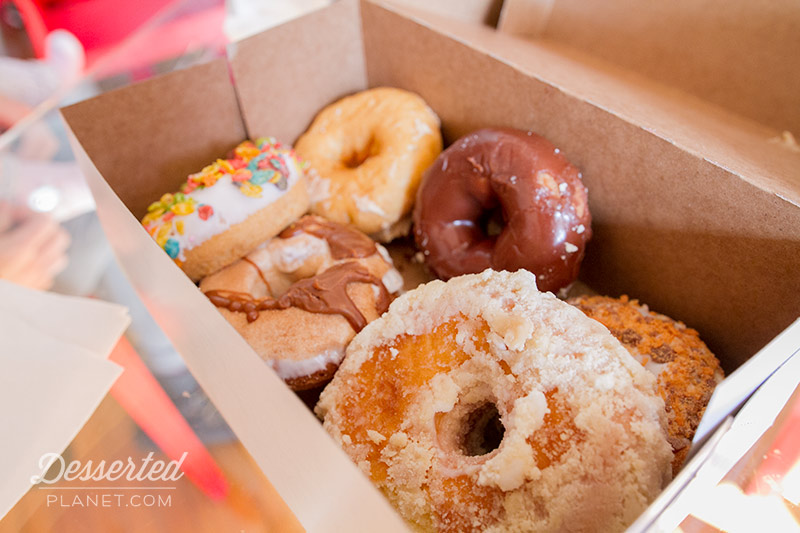 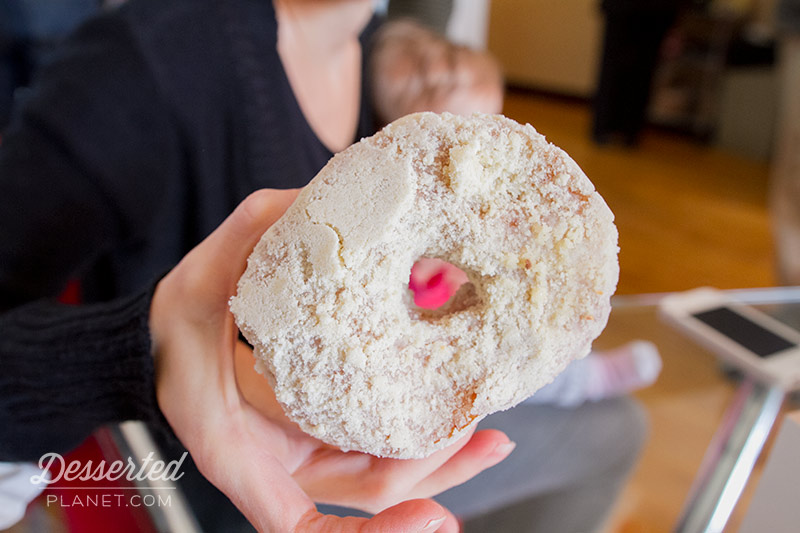