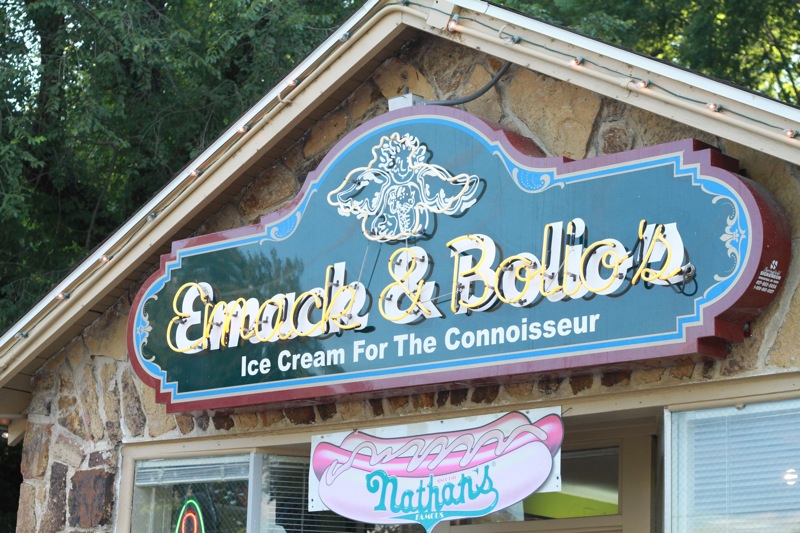 This past Sunday Jeremy and I went out for a very special anniversary dinner…pizza and ice cream.  We’re classy like that.  We went to a place called Chicago Gyros and Pizzeria for some delicious Chicago style thin crust pizza.  It was half Greek and half Gypsy (gyro type toppings) and it was delicious!  We also split a gyro because we love theirs so much.  Yeah, we got full.

Now, because it was getting late and I wanted pictures of the ice cream place while it was still light out, we actually went to get dessert first.  We’re adults now, we can do stuff like that right?  So we headed just down the road to Emack and Bolio’s, a little ice cream parlor that is a teeny, tiny building across from a park.  They are only open during the summer months and since I pass them everyday on my way to work and always see people sitting outside eating massive waffle cones with like five scoops of ice cream, I had to try them.  Plus, my mother had just informed me a couple of weeks earlier that they had rum raisin ice cream which is one of my all-time favorites! 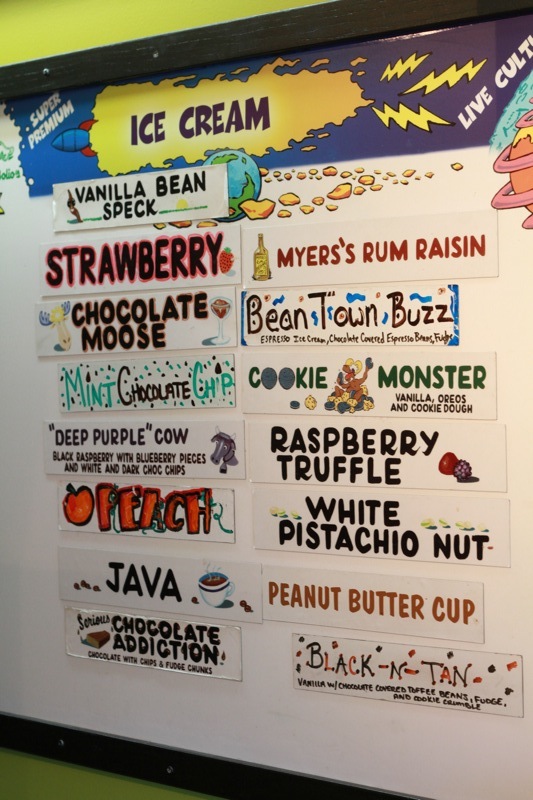 So we stopped in a decided to get what’s called a 3-scoop sampler for $3.95.  It’s supposed to be smaller scoops than normal but dear Lord, if they had been any bigger I would have been sick.  It was plenty of ice cream!  Jeremy chose White Pistachio which was an amaretto ice cream with pistachio pieces, Chocolate Addiction which was dark chocolate with dark chocolate chunks and Cookie Monster which was vanilla with Oreo pieces and cookie dough. 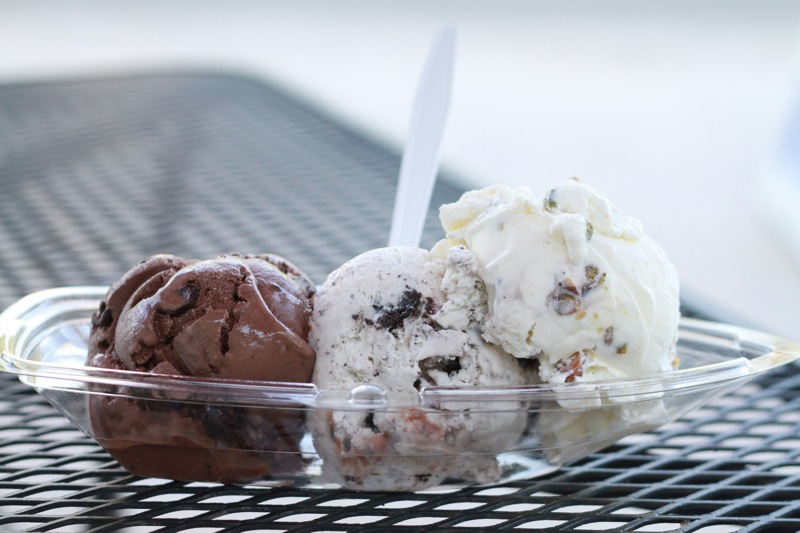 I choose Myers Rum Raisin (of course!), Bean Town Buzz which was espresso ice cream with chocolate covered espresso beans and fuge and Black-N-Tan which was vanilla with chocolate covered toffee beans, fudge and cookie crumble.  All of the flavors were sooooo good.  We decided our top three picks were the White Pistachio, Myers Rum Raisin and Chocolate Addiction.   I haven’t had such delicious hand-scooped ice cream in quite a while.  Our usual ice cream run is either a blizzard from Dairy Queen or a frozen custard concrete from Andy’s so it was nice to get something different. 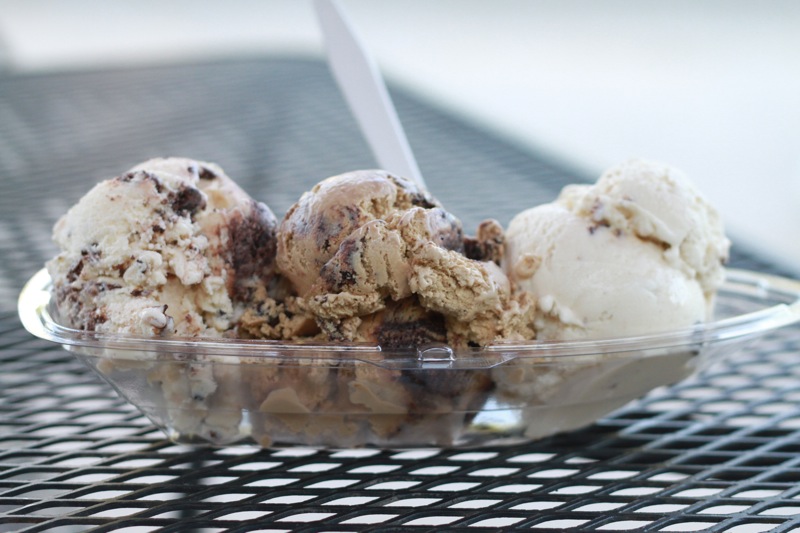 It was a fun night and we made some good memories just hanging out and enjoying each other’s company.  And we’ll definitely be going back for more ice cream before summer is over….