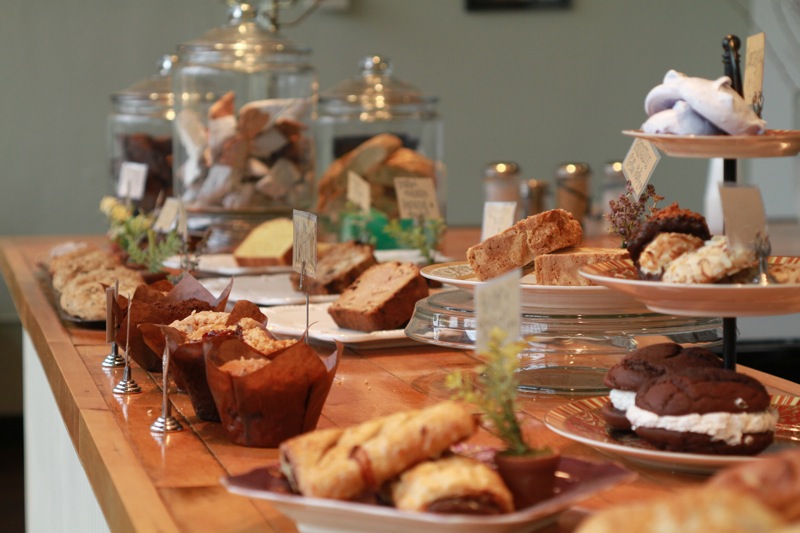 Last weekend, Jeremy and I headed to St. Louis to see Jimmy Eat World Saturday night.  The concert didn’t start until 8 p.m. so we had plenty of time to go at a somewhat leisurely pace and make some stops along the way.  We managed to hit up three vintage stores that we came across while driving and then proceeded into St. Louis to check out a couple of bakeries that had pretty decent reviews online.

I’ll start with the second bakery we visited that day, Bittersweet Bakery.  First, the space itself was really cool, one of those refurbished old brick warehouse buildings.  Inside were hardwood floors, exposed ductwork and modern chandeliers.   The bakery case was full of cakes and the countertops displayed quite the assortment of jumbo muffins, breakfast breads, biscotti and jumbo cookies.  I was a little surprised at the lack of selection just judging by what I’d seen on their website.  They did have a small display with a couple of whoopie pies that looked awesome, an amaretti cookie and a couple macaroons. 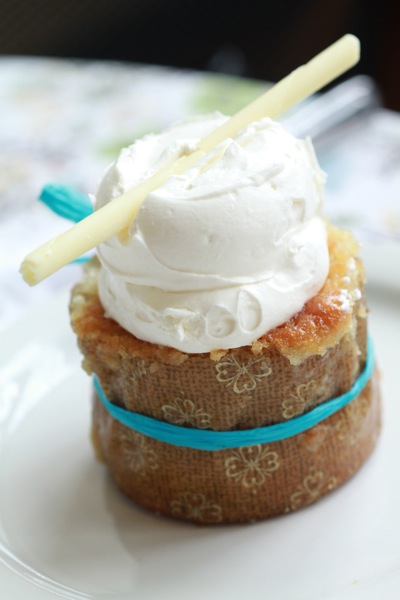 My first two selections they were out of, a whoopie pie and a mini peanut butter pie.  Apparently they were out of a lot.  So I finally settled on a Chocolate Chunk Cookie and Vanilla Bean Buttermilk Cake.  Jeremy chose Chocolate Buttermilk Cake.  The cakes themselves were very good, dense and probably some of the most moist cake I’ve ever had.  Inside they had chocolate mousse/vanilla pastry cream fillings and they were topped with a huge swirl of what I thought was Swiss buttercream but apparently it was Italian.  Not sure what the difference is but either way, I loved the frosting.  Jeremy, not so much.  He’s used to the American style of buttercream.  I also loved the fact that you could really see and taste the vanilla bean in mine.  At $5 each they were enough for two to share so we could only eat about half.

The cookie was allright, nothing special.  The texture was pretty good, very chewy but the flavor was somewhat lacking and a teensy bit on the salty side.  I kind of liked it but Jeremy didn’t like it at all.  It was somewhere around $3 and most of it went into the trash, unfortunately. 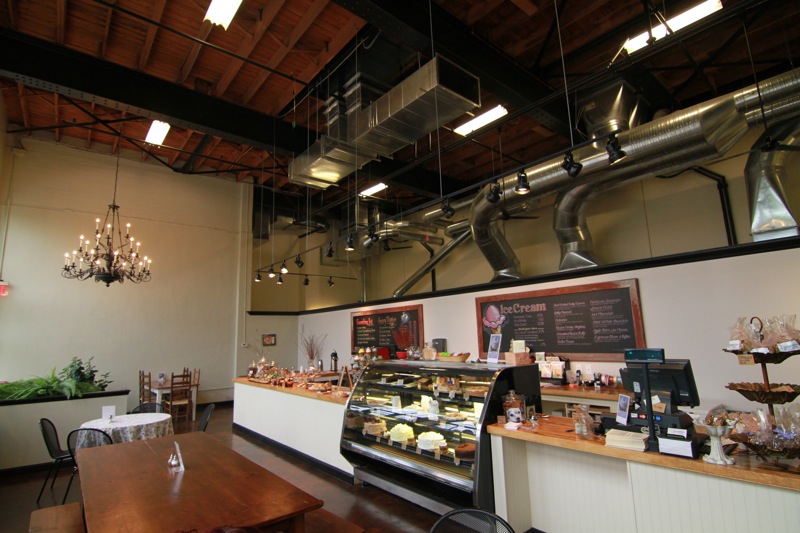 So, our overall experience here was ok.  We got there around 4 p.m. so I guess it was a little late in the day for them to have much left.  That was really disappointing to me because I would have really liked to have tried some other things.  But I will say their cake was absolutely delicious!  So if you are in the area, get there early for the best selection and definitely split one of the cakes with someone–you won’t be disappointed!

I will have Part 2 of our St. Louis bakery adventures next week–I’ve saved the best for last!  Oh and in case you were wondering, the concert was AWESOME.