About a week ago I posted the first part of two bakery reviews from a trip that Jeremy and I took to St. Louis recently.  Now it’s time for the second review and I have saved the best for last!  When we were googling “St. Louis bakeries”, one of the first things to pop up at the top of the search was Missouri Baking Company.  This place had awesome reviews and people especially raved about their Italian desserts, cookies, pastries and gooey butter cake.  Since they don’t have a website, I wasn’t really sure what to expect in the way of a menu or what the place looked like.  We pulled up to an old, brick, factory-like building that was quite non-descript except for a large sign that said “Missouri Baking Co.” on the side of the building.  We walked inside and were greeted by several bakery cases, people everywhere and no tables or chairs.  This place was very straightforward, no frills which probably meant they don’t need to impress you with decor or aesthetics because their baked goods are just that good! 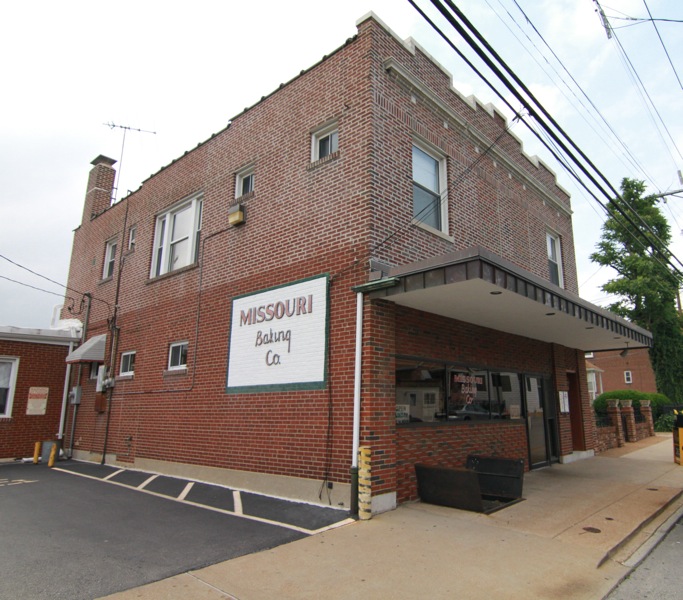 So, we got a number (yes, you had to take a number!) and I frantically tried to pick out what I wanted.  I am not so good with the decision making so trying to choose from this sea of delectable looking sugar was SO hard.  Plus, we couldn’t see any prices so we had no idea what we were going to spend AND they only took cash.  What to do?!?  Finally our number came up.  I knew I wanted a cannoli and asked the girl working which of their bazillion different kinds of cookies was popular and she recommended the Amaretti cookie.  Jeremy settled on a slice of Italian vanilla cheesecake and a brownie.   Our total was $4.75.  Say what???  Jeremy and I immediately looked at each other in shock and wanted to choose at least five more items…but we didn’t.  So we took our stash out to the car and got busy taking pictures and eating (between being in the car and extremely overcast skies, these are the best pics we could get but I thought Jeremy still did a great job). 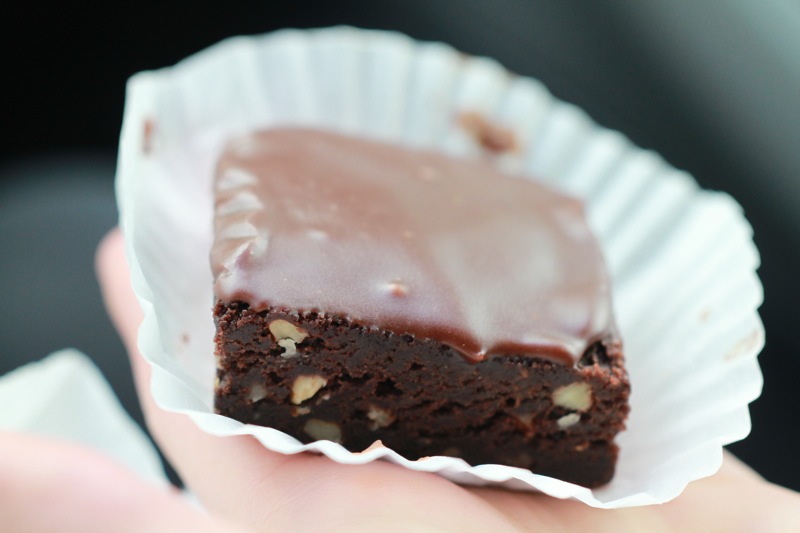 Ok, first the brownie.  It was just…meh.  Kind of like they threw it in as an afterthought for the person who comes in the door and says “what the heck’s a cannoli?”.  It was a more cake-like brownie studded with chopped walnuts and covered with a thin layer of chocolate frosting, very reminiscient of the ones they sale at Walmart, two to a package that school kids get in their lunch.  So definitely our least favorite item. 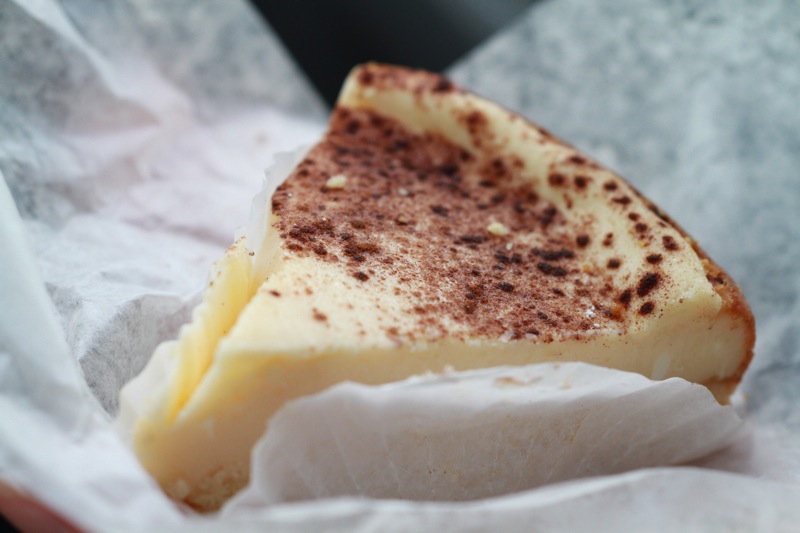 But, things got immensely better from them on!  Jeremy’s cheesecake was awesome.  Not overly sweet, super creamy and smooth, with some sort of delicate indescribable crust (now that I think about it, I’m not sure it even had a crust) and was dusted with cinnamon.  So simple and so delicious! 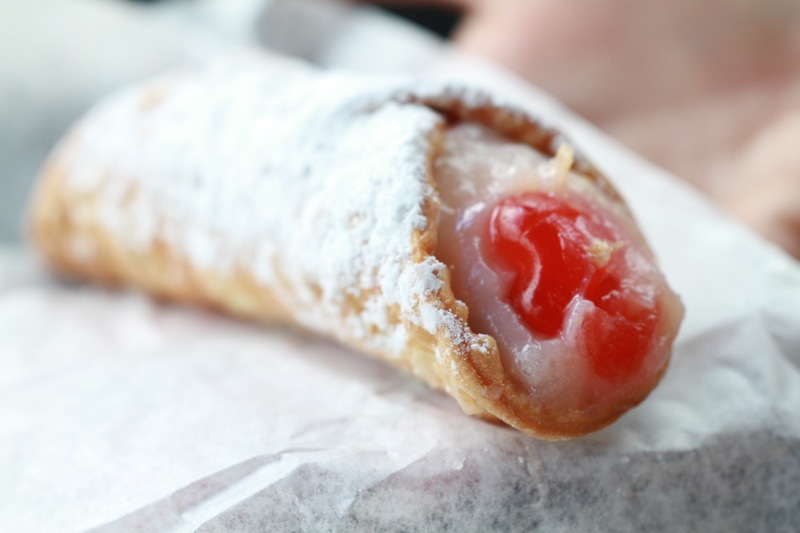 Next the cannoli.  Isn’t it pretty?  I think I’ve had a very Americanized cannoli once it my life and this one was nothing like it, thank goodness.  It consisted of a waffle-cone like shell, filled with some sort of sweet custard that had a faint hint of cinnamon and was studded with semi-sweet chocolate chips and finished with a cherry.  So, so delicious!  We loved it. 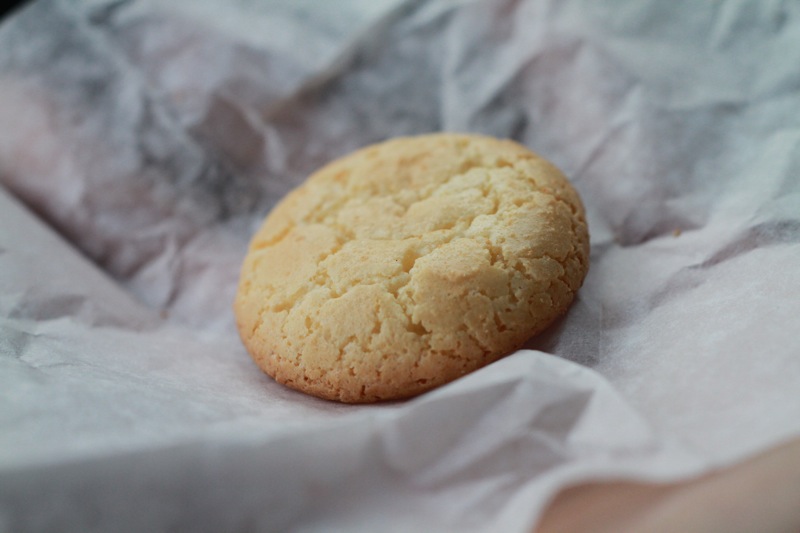 Lastly, our absolute favorite was the Amaretti cookie.  The almond flavor of this cookie was INSANE and I love almond flavor.  And the texture was perfect–slightly chewy outside but so soft inside.  Just divine.  I definitely wished I had chosen more cookies, so if we ever get a chance to go back (we’ll find some excuse!), I plan on getting quite the selection of cookies and without a doubt will try their gooey butter cake.  This place really is all about the BAKING, especially authentic Italian baking which is refreshing since everyone and their brother thinks that if they can make a cupcake, they can open a bakery.

Check them out if you are in the St. Louis area!  You will most likely find something delicious that you’ve never tried before!