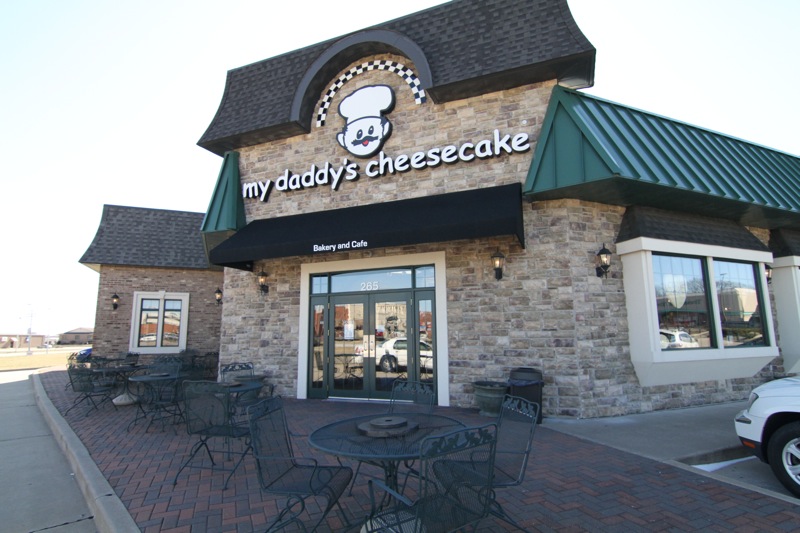 As I mentioned last week in my B&B Weekend post, we stopped in at a bakery called My Daddy’s Cheesecake while were out and about exploring Cape Girardeau and hitting up antique shops.  I did NOT expect the town to have a bakery, let alone one that offered all that this one did!  The building was very straightforward, nothing kitschy or frilly about it and kind of reminded me a of a Panera Bread or McCallister’s restaurant.  They did, in fact, have quite a menu of food other than dessert but that was NOT what I was there for–I had come to get a sugar high! 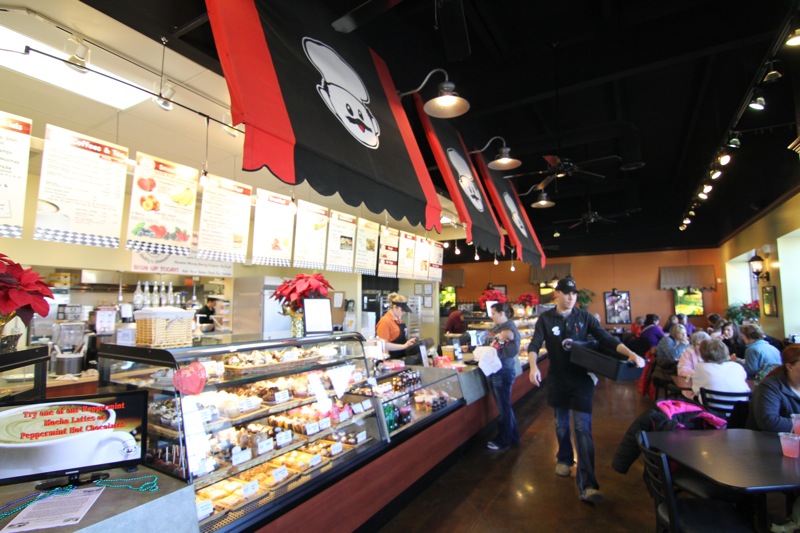 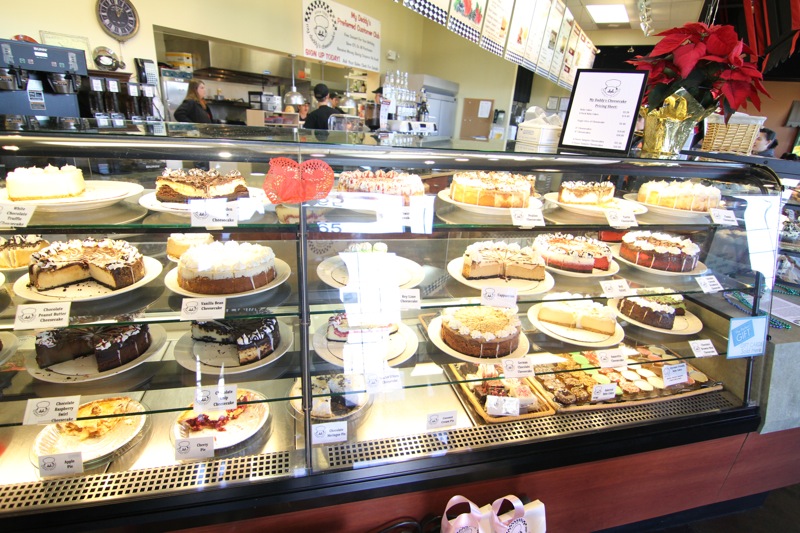 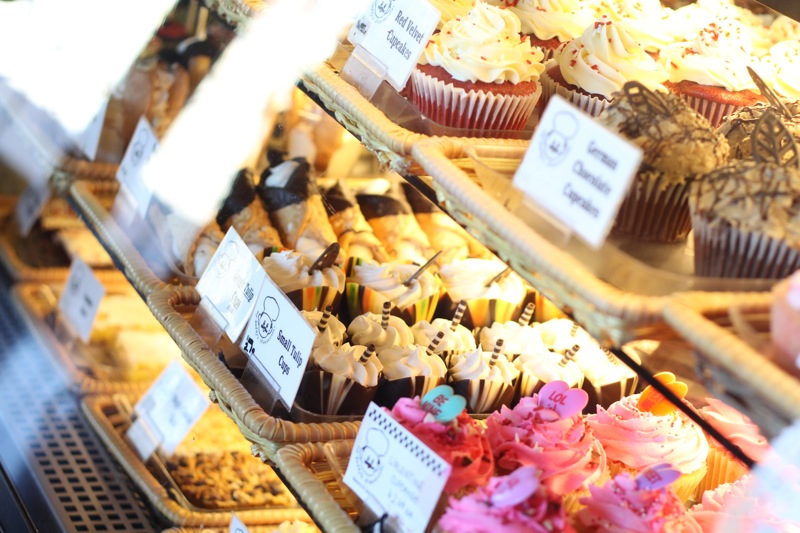 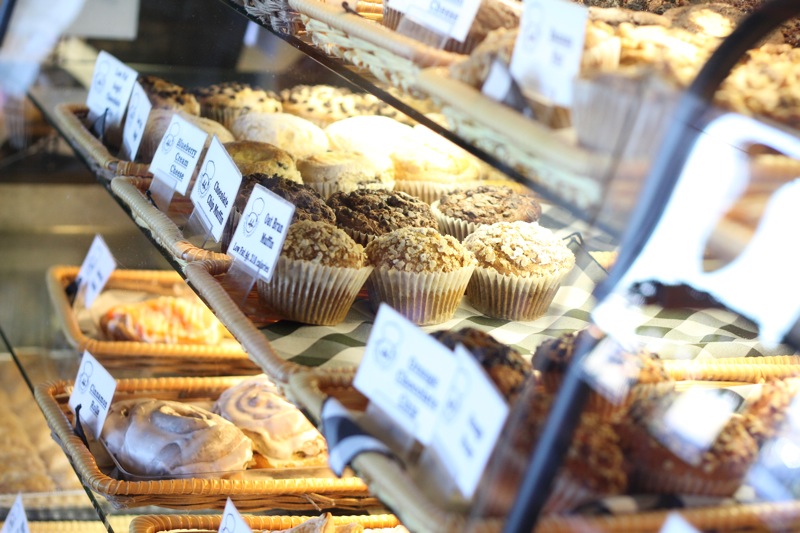 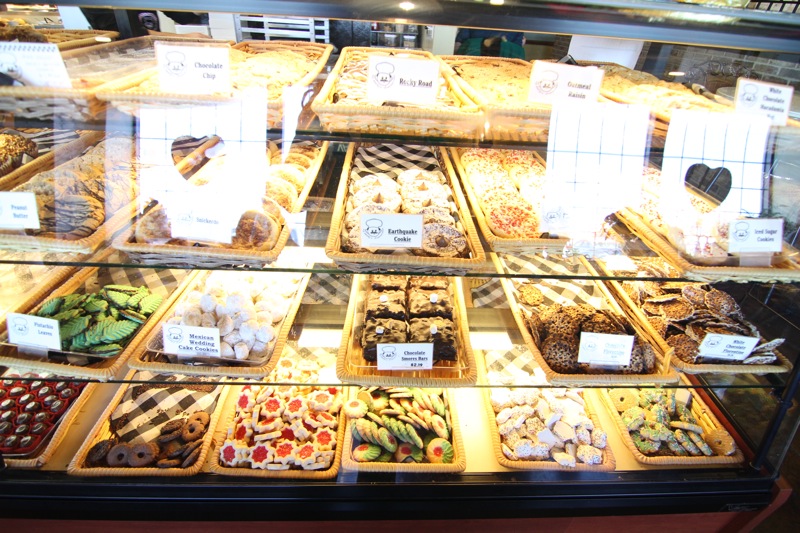 First of all, let’s just start with the selection.  They had not one, not two, not three, but FOUR bakery cases jam-packed with so many different, mouth-watering treats that I was immediately overwhelmed and thought “Holy crap, how am I going to decide!”.  We’re talking one whole case with only cheesecake (of course!), another with cupcakes, gooey butter cake slices, chocolate covered strawberries, cannoli, etc, another with muffins, cinnamon rolls, Italian pastries and yet another case pretty much devoted entirely to cookies…you name it, I’m pretty sure they had it! 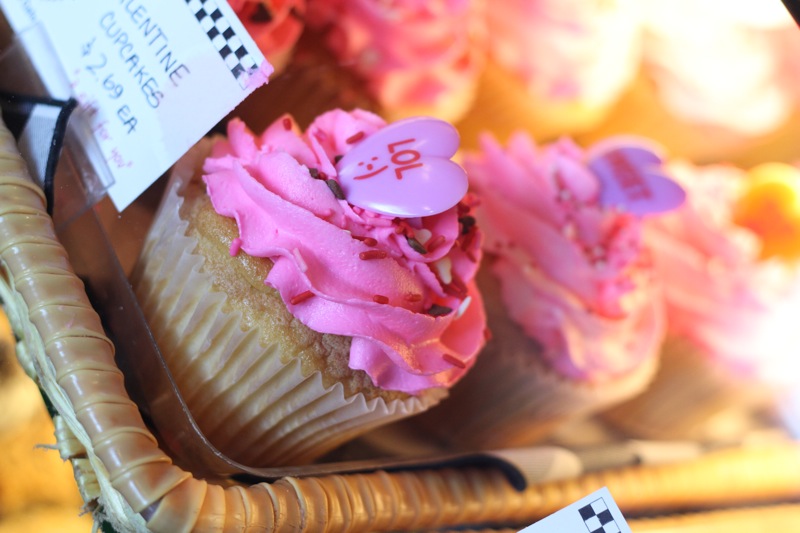 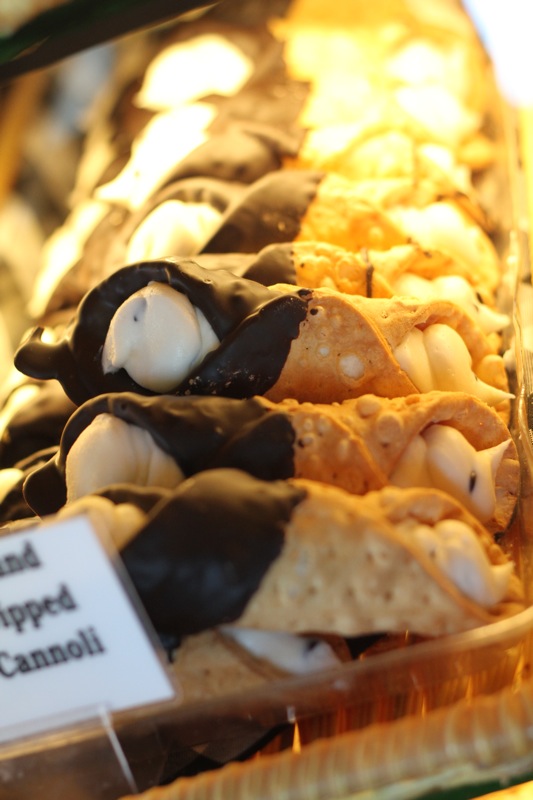 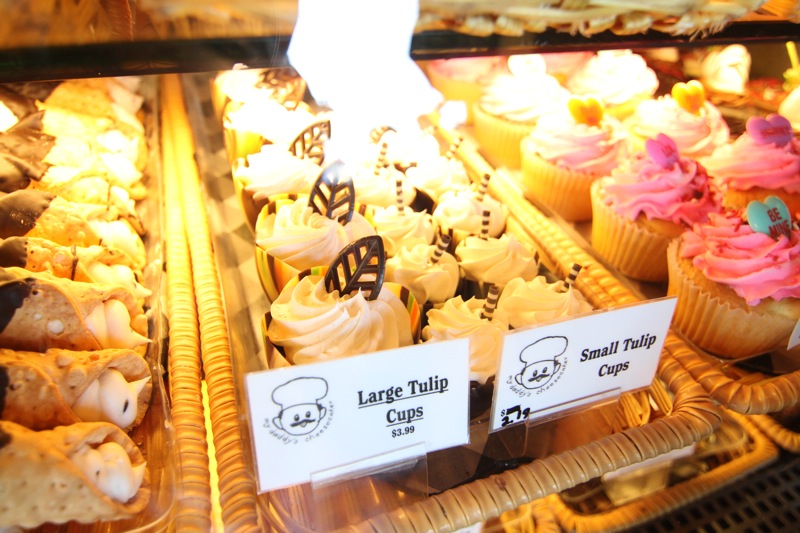 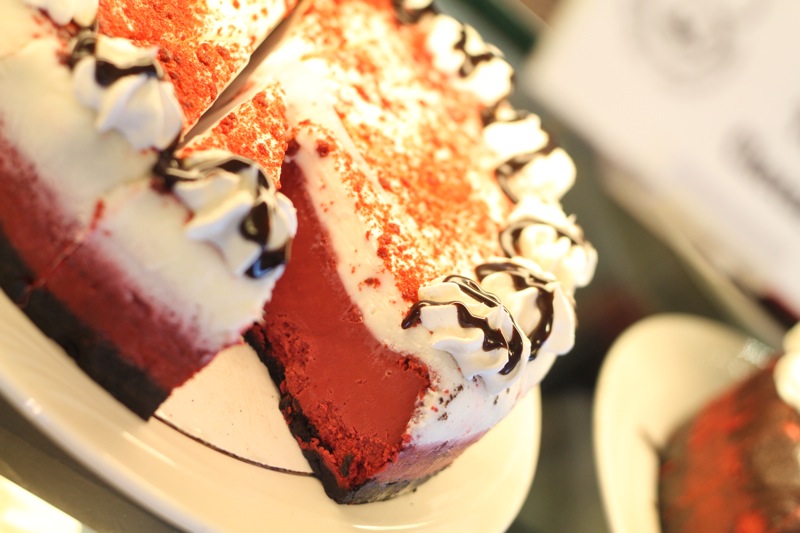 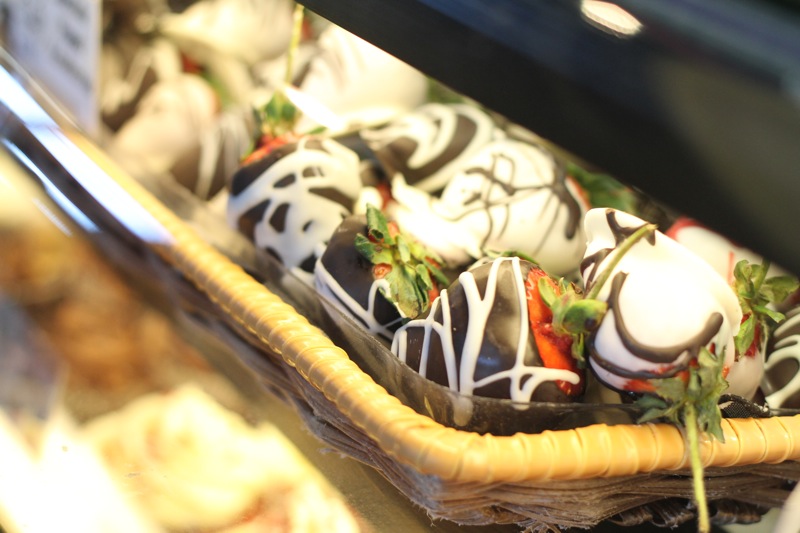 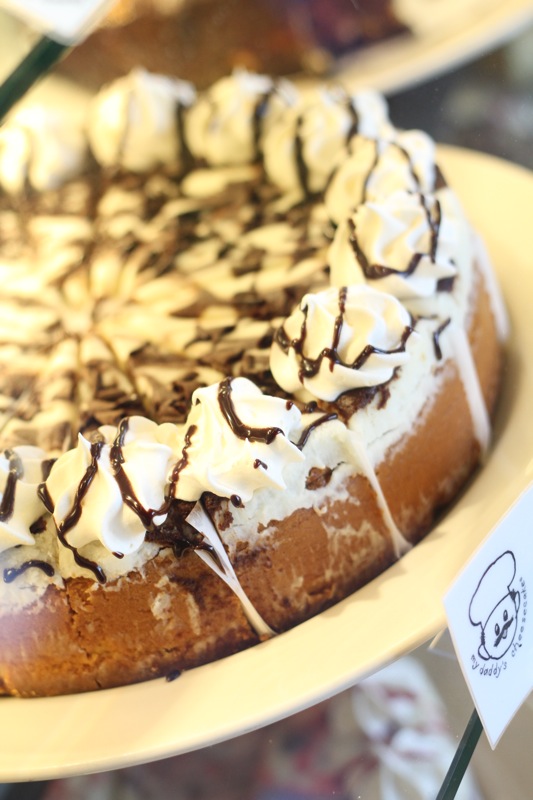 So after a little (ok, a LOT of) deliberation, we made our choices!  So, here they are, in no particular order.  Ok, that’s a lie.  They are definitely in order, from least favorite to most favorite.  These are my selections, although Jeremy and I agreed on our top three.  Yay!   Ok, here we go!  (First, a picture of the spread!  I’m sure people thought we were absolute pigs!!) 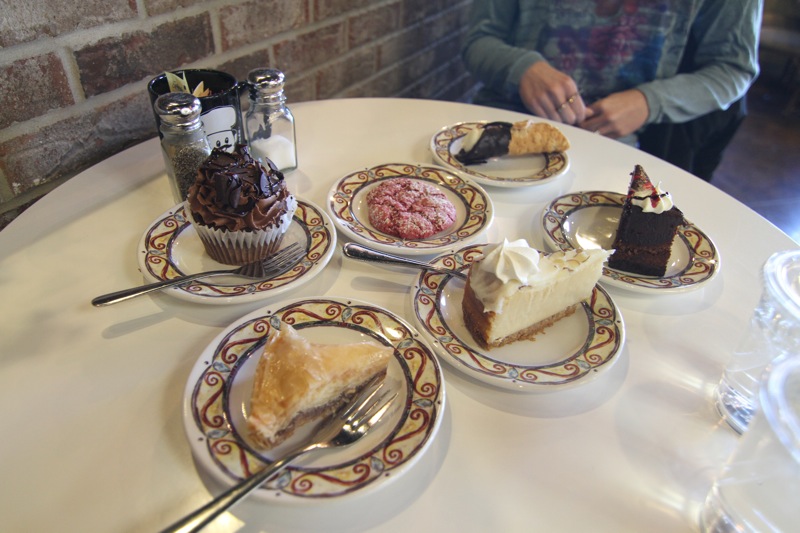 First up in sixth place the Red Velvet Gooey Butter Cookie.  I chose this cookie because not only were there only two left (from a massive tray of them) the girl that was helping raved on and on about them.  I was excited.  And then I was sad.  These cookies were, in a word, horrible.  It was dry, crunchy and tasteless and I wanted so badly to spit it out but didn’t have a napkin.  I knew I should have gone with my gut and got the white chocolate macadamia nut cookie and I was *this close* to going back up to the counter and asking for a trade-in or something.  But I didn’t.  So here is the red velvet cookie, dead last.  Sigh. 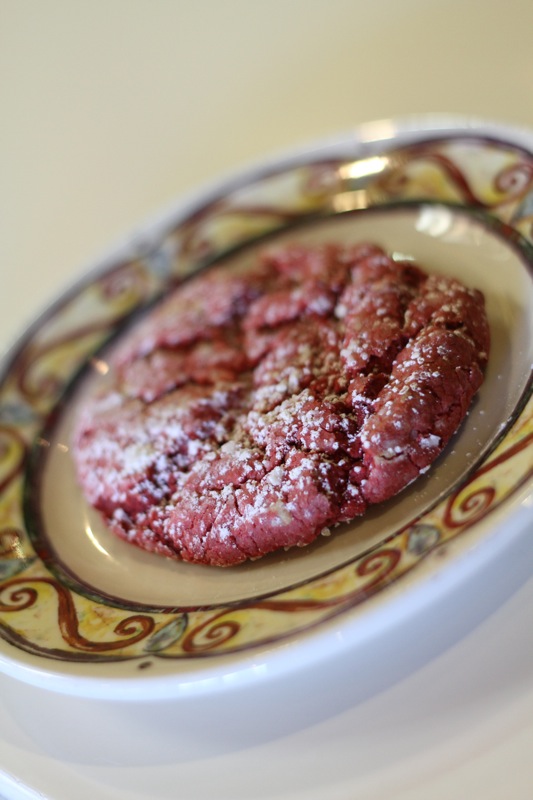 Fifth, the baklava.  I love baklava.  LOVE.  But this just didn’t hit the spot for me.  It was ok, but a little dry and lacking some serious honey/gooey factor that is a necessary component of great baklava.  Not bad, just not outstanding. 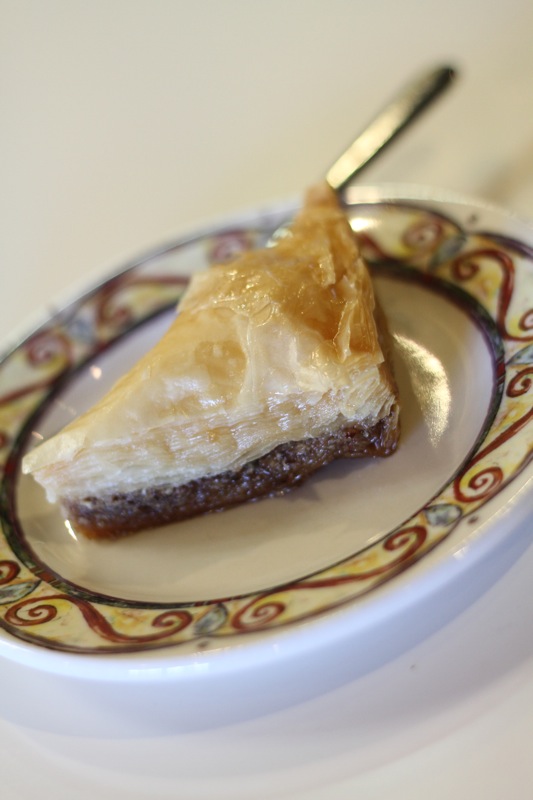 Fourth, the Chocolate Raspberry Swirled Cheesecake.  It was decent but to be honest both the cheesecakes to me were more thick (solid?) and like a very firm ganache consistency than they were creamy.  The texture was just a bit off for me. 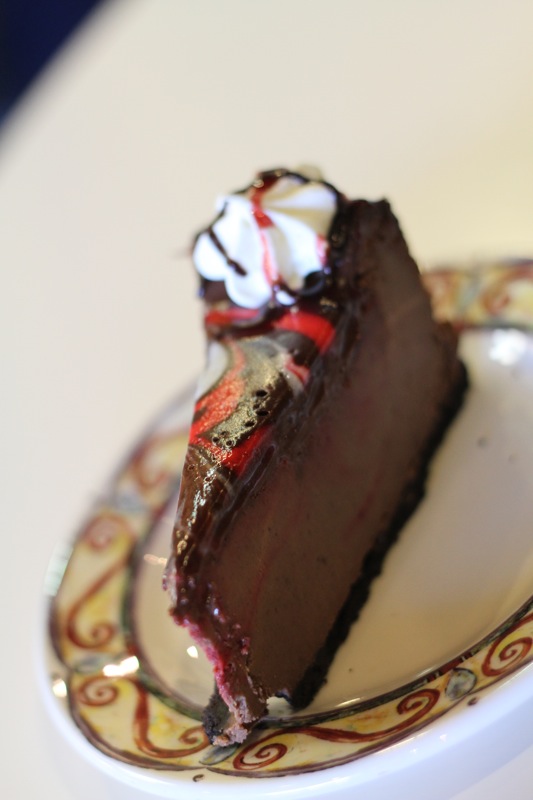 Third, the Amaretto Cheesecake.  Again, texture weird, but the Amaretto flavor redeemed it slightly for me–that was YUMMY. 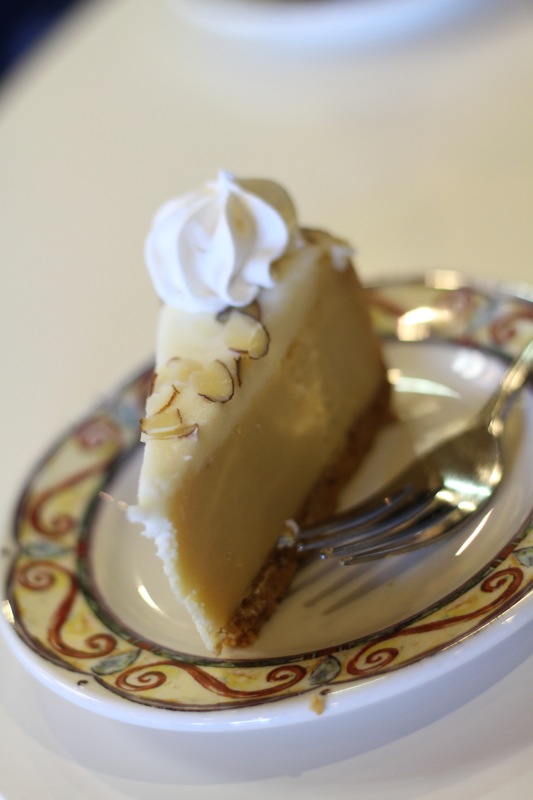 Second, the Chocolate Ganache Cupcake.  I have to say this was a very good cupcake.  The cake was tender and fluffy, the chocolate frosting was delicious and the chocolate shavings on top were so yummy.  Only complaint was the massive tunnel of chocolate ganache inside the cupcake that had completely hardened.  A little awkward trying to cut into the cupcake but we managed! 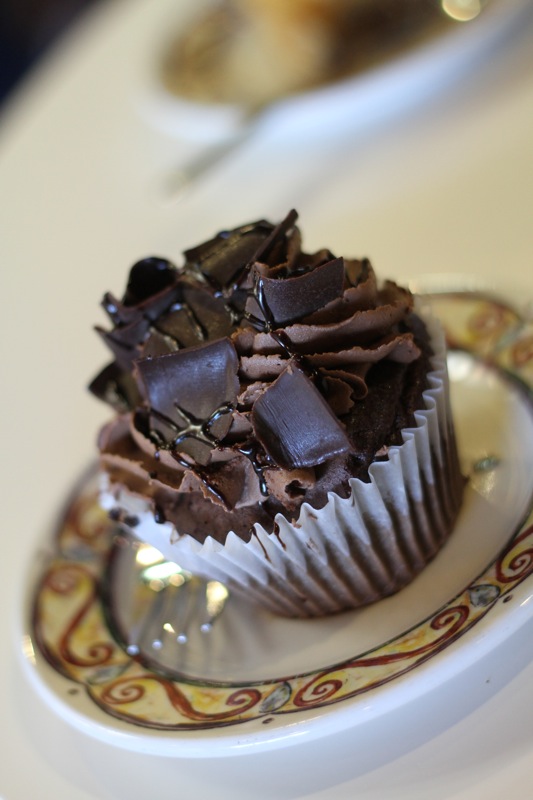 And, drum roll please, first place goes to…the Cannoli!  Woo hoo!  This thing was deeeeeelicious.  I couldn’t stop eating it.  And I didn’t.  And I did not care. 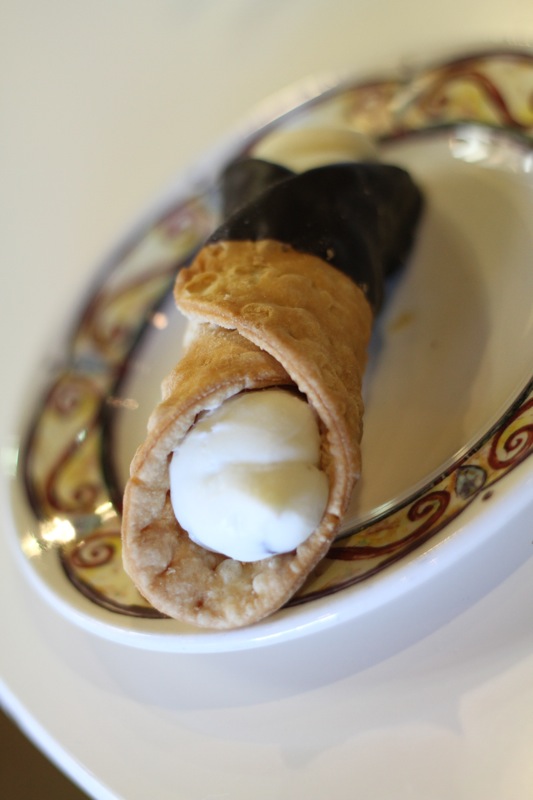 So the desserts were a little less than stellar and seemed to be more style than substance but I’d really like to go back and try some other things, since they have such a variety!   And I heard people raving about the cinnamon rolls which were so huge and nearly sold out…I KNEW I should have tried one!  Oh well, next time.