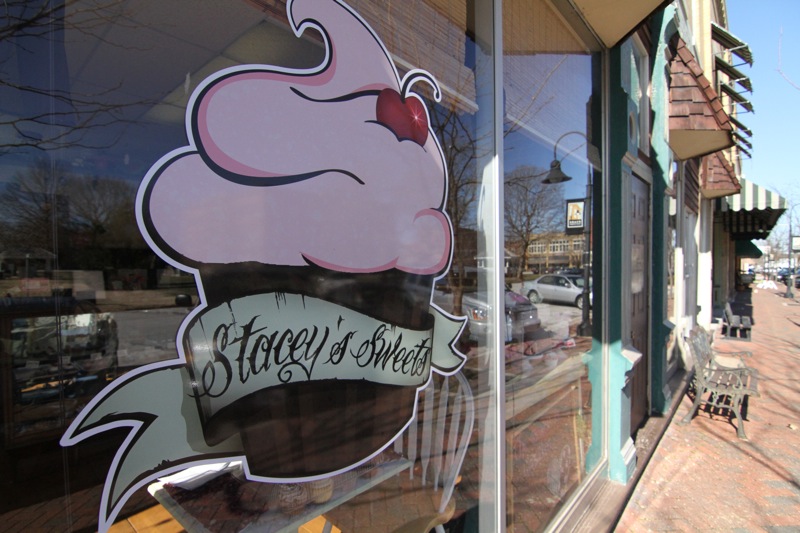 This past weekend Jeremy and I went on a cupcake tasting roadtrip to some new bakeries in Ozark and Nixa.  I had been following Stacey’s Sweets on Facebook and every picture she would post looked sooo good and I was so excited to finally get a chance to taste everything!  Her shop is located in the corner of an older building on the square in Ozark and even though it was tiny, it was packed with cuteness.  She even had a couple of small tables and chairs to eat at, which we took full advantage of. 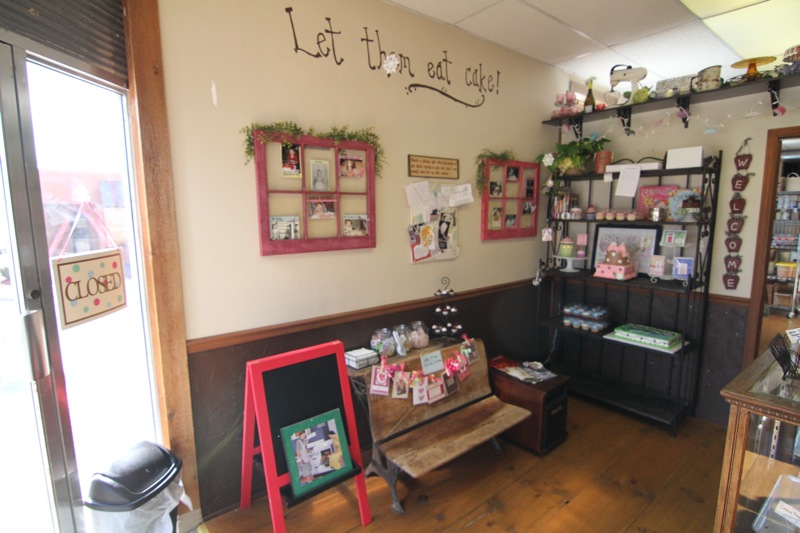 I went ahead and ordered one of each cupcake she had in the case (eight total!) because at $1.75 apiece they were VERY affordable (if not somewhat underpriced!) and also got a brownie because they looked delicious.  I passed on the cake pops, but they were covered in sparkly red, pink and purple sanding sugar and totally adorable…very tempting.  We started tasting with the brownie and wow, it was SO good.  Very fudgy, loaded with chocolate chips and had that nice thin crackle “crust” on the top.  We had a hard time not eating the whole thing.

Next up, cupcake tasting!  The flavors were Red Velvet, Wedding Cake, Cookie Dough, Pretty Princess Strawberry, Double Chocolate, Peanut Butter Cup, Honeybee and Cherry Bomb (see photo captions for descriptions).  I can honestly say that these cupcakes not only looked pretty but were so yummy!  Her cakes were light and fluffy and the frosting was not overly sweet but somewhat airy and not heavy or greasy, which was nice.  It’s one of the better cupcake tasting experiences I’ve had in a loooong time!  I could definitely see myself making a special trip to Ozark just for these cupcakes (or the brownie!) and would strongly advise you to do the same–you will NOT be disappointed!