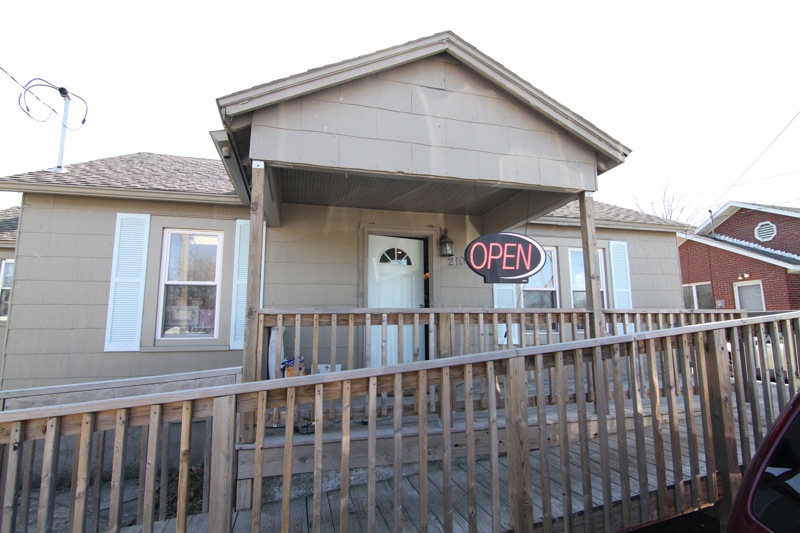 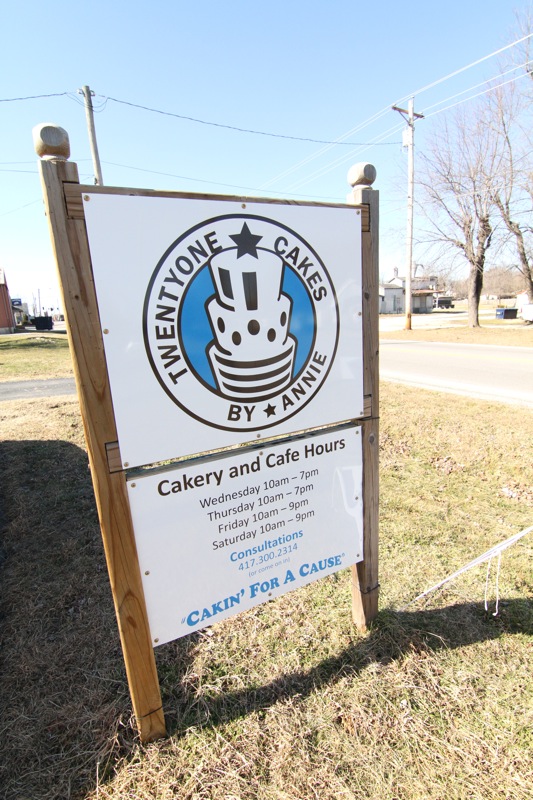 Cupcake places are popping up everywhere!  It’s madness I tell you!  Delicious, sweet (slightly sickening) madness!  Believe it or not, after Jeremy and I stopped at Stacey’s Sweets in Ozark, we hightailed it to Nixa to try ANOTHER new cupcake joint.  I have to be honest…this place was good but after trying several different kinds of cupcakes and a brownie at Stacey’s Sweets, I probably was a little sugared out at this point.  TwentyOne Cakes is in a house turned bakery right on Highway 14.  It’s a very straightforward, unassuming place.  I was surprised to walk in and see the cupcakes were actually mini cupcakes which I was VERY thankful for after gorging ourselves on EIGHT regular size ones not even an hour earlier.  There were also a couple of different kinds of cake pops, a HUGE peanut butter chocolate chip cookie and I believe there was a cake also that you could get by the slice. 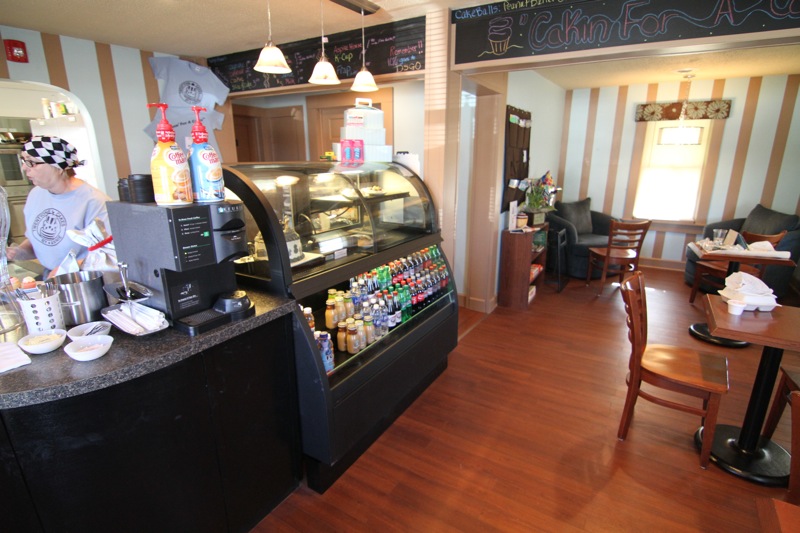 My only criticism of this bakery was the lack of just a basic cupcake.  Most of the flavors were somewhat unique and different if not what some might consider “odd” and I really like to try at least a couple basic cupcakes when I go somewhere new.  Then again I might have just come on the wrong day.  I did however think her cakes were nice and moist (which is impressive for minis!) and the buttercreams were quite delicious.  And I wasn’t a fan of the cookie; it wasn’t quite as soft and chewy as I prefer.  But hey, that’s just me.  Overall, a delicious experience!  Here’s what we ended up choosing: 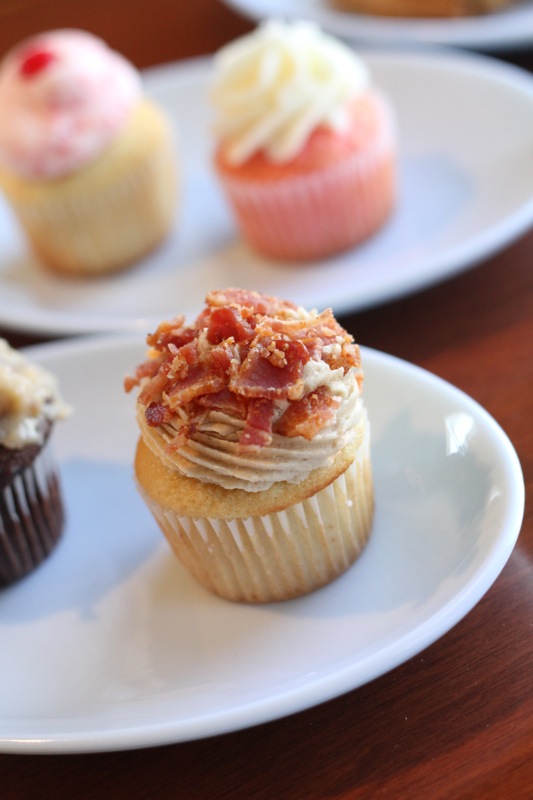 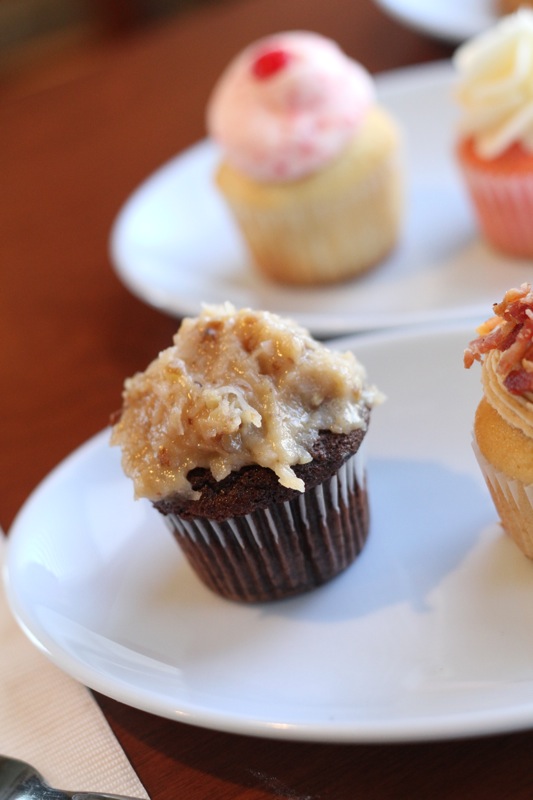 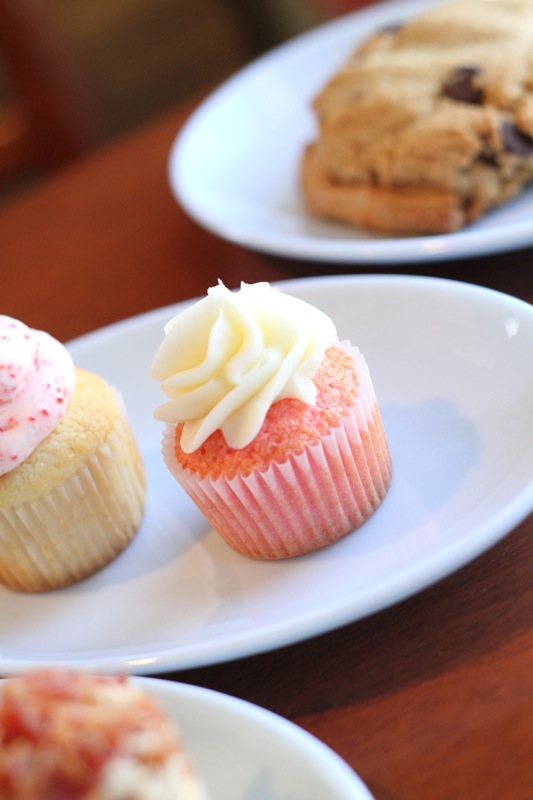 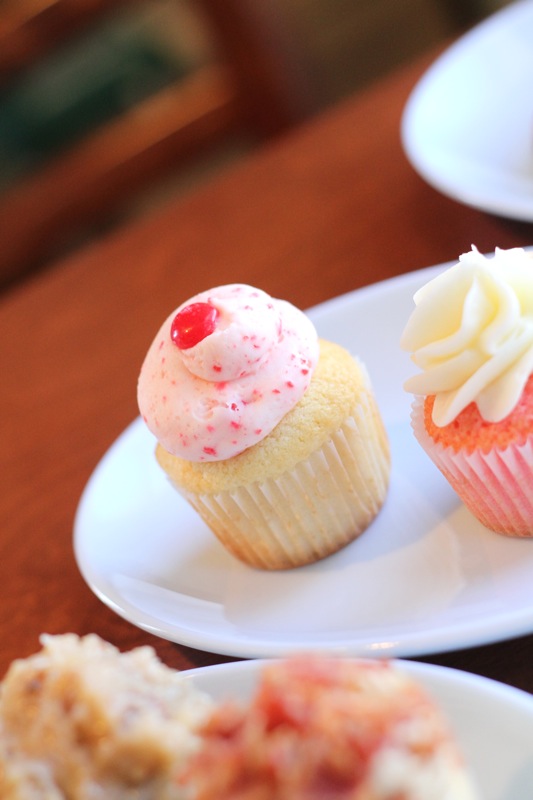 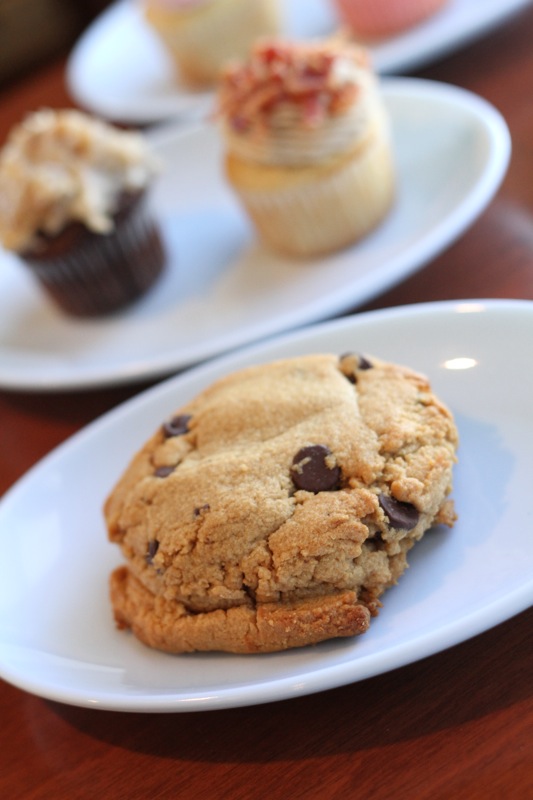 If you are in Nixa, check this place out for a sweet fix!  And if you’ve been there, let me know what you think!