I’ve made zucchini bread so many times over the years but surprisingly I’ve never blogged about it except for this Chocolate Zucchini Bread which is honestly more like cake. It’s one of my favorite things EVER though–my grandma makes the best I’ve ever had and I simply love sweet breads.

However, most recipes have LOADS of sugar and are definitely not the healthy. So I found a recipe I thought sounded good and adaptable and this one did indeed turn out awesome. I only wish I’d had a can of crushed pineapple to throw in and highly recommend doing so. 🙂 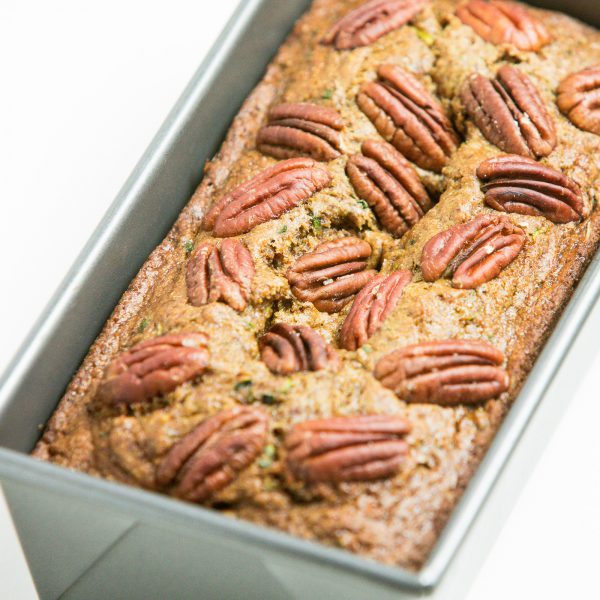 This version is not only vegan but has ZERO refined sugar and oil. My only issue was that the very middle top part didn’t get cooked all the way through and collapsed which wasn’t really a problem since there’s nothing raw in it but I would have left it in for maybe another 10 minutes. All in all though it was a good, solid recipe and we devoured it quickly! 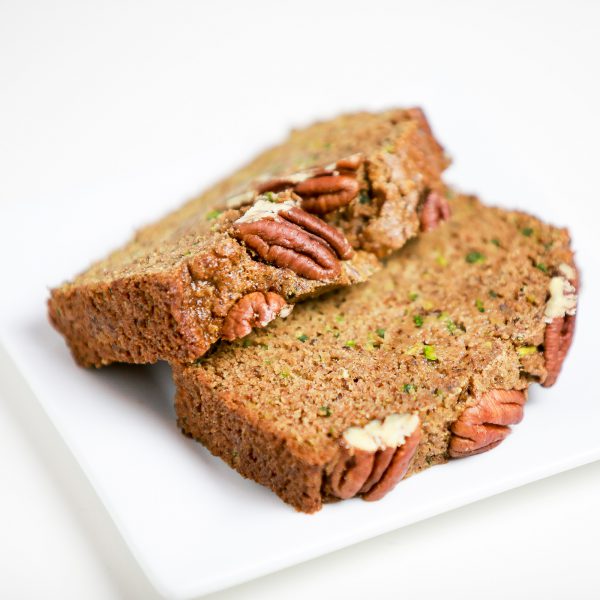