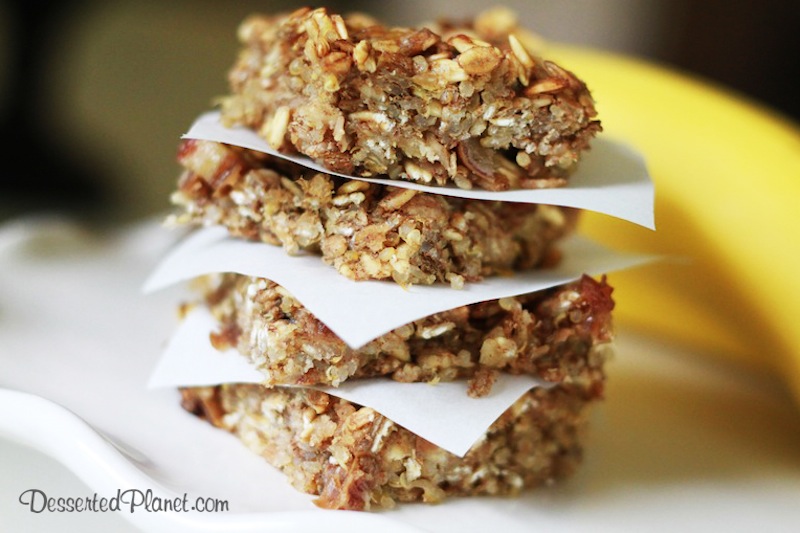 Lately I’ve been doing more healthy baking and noticing that I feel like I’m using the same ingredients over and over again for a lot of the new recipes I’m trying.  You’d think that everything would taste the same using the same ingredients repeatedly, but it’s truly amazing the different variations you can get just with a few simple ingredient swaps.  For instance, I’ve done Cinnamon Apple Pecan Oatmeal Bars which have really similar ingredients to these and I’m discovering the quinoa can be used in lots of healthy dessert recipes, yet somehow these Banana, Oat & Quinoa Bars are still unlike anything I’ve made. 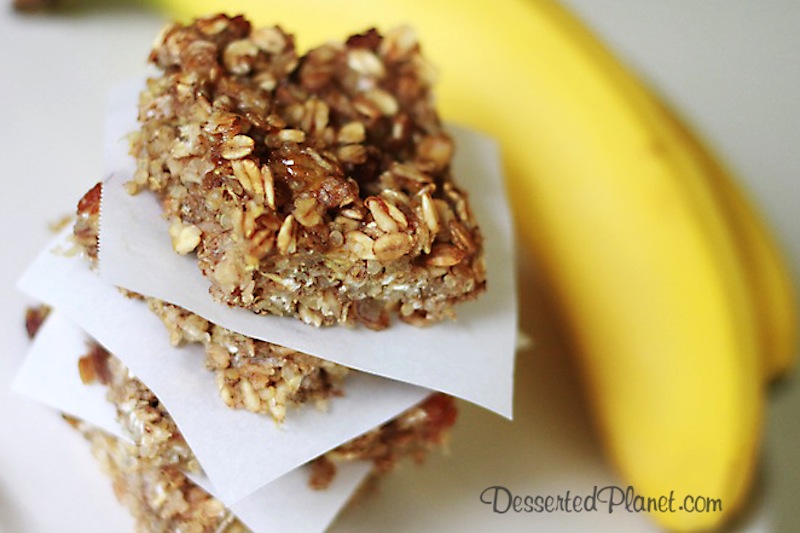 They remind me of a cross between banana bread and oatmeal bars and are very homey and good.  The original recipe called them 4-Ingredient Banana Oat Bars but of course they had more ingredients than that after I was done with them so the name changed a bit.  They could also be considered gluten-free (although there is debate whether oats are truly gluten-free, so please use your own judgement) and have very little added sweetener, which is nice.  All in all a great recipe and one that I’ll make over and over again.