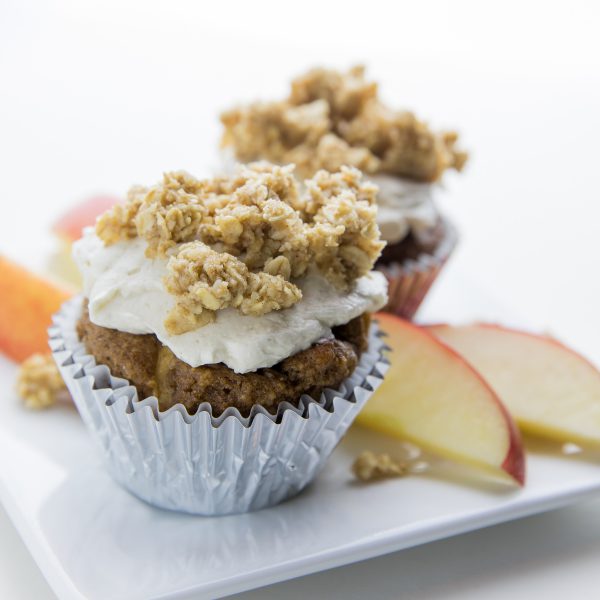 It’s officially fall! And apples are eeeeeeverywhere. And I love it! We’ve already made one trip to the orchard and will be making another this week–can’t get enough of them!

These cupcakes we’re inspired by a craving for cupcakes and apple pie so I rolled both into one and voila! Apple cupcake/pie magic!

And these things are INCREDIBLE, if I do say so myself. 🙂 I almost stopped with just the cake part because it is SO GOOD and can pretty much stand on it’s own, but I’d been wanting to experiment a little with frosting and decided to forge ahead. 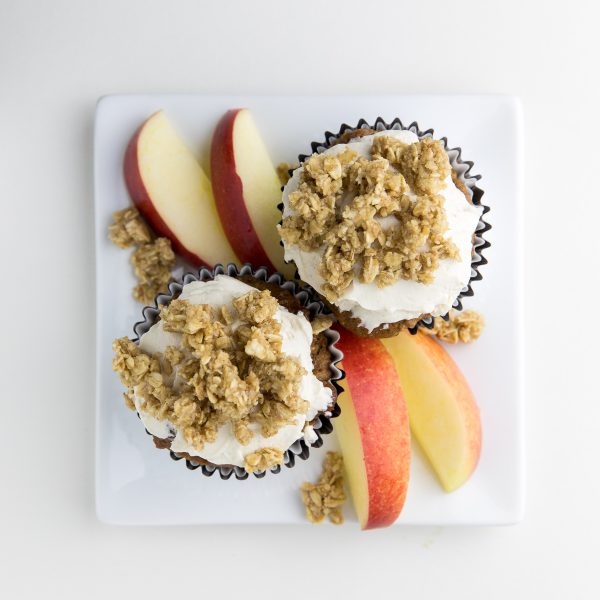 The gluten-free cupcake is without a doubt one of the most moist, delicious “healthy” cakes I’ve created yet! It’s got loads of little apple chunks and just the right amount of cinnamon. I was also pretty pleased with the frosting…smooth, creamy and not overly sweet as I feel most things sweetened with xylitol, stevia, etc tend to be. It does get somewhat stiff when refrigerated so I recommend letting them sit out for a couple of minutes before eating to allow the frosting to soften a bit! And the crumb topping offset the frosting just enough with it’s salty, oaty, apple-crisp like texture and taste.

Overall, I ‘d say my first vegan cupcake was a success and I can’t wait to experiment with more sugar-free frosting recipes! Finding subs for powered sugar is TOUGH but I think doable!