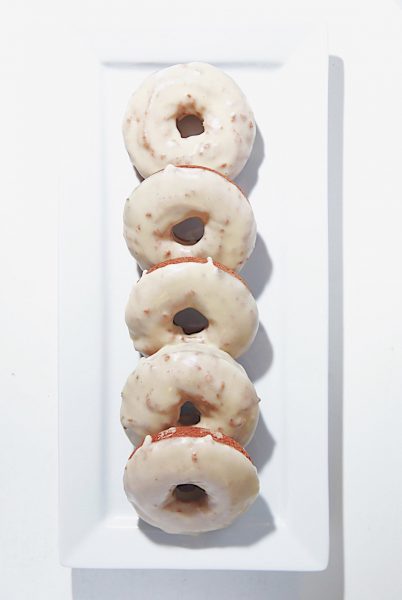 When Jeremy and I first got married 10 years ago we lived briefly in Rockford, IL. During our short six months as newlyweds in Illinois, we managed to make one trip to Winnebago to visit Edward’s Apple Orchard just a mere 9 miles from where our loft was located in downtown Rockford. And it was there that Jeremy and I first had apple cider donuts and have been just slightly obsessed every since.

It’s hard to put into words what it’s like to bite into a fluffy, soft on the inside, barely crisp on the outside donut that tastes like the most delicious, fresh glass of apple cider and is covered, with the most perfect coating of cinnamon and sugar. But that’s exactly what it was like to eat one of their apple cider donuts and we would talk about how much we missed them every single year when fall would roll around. 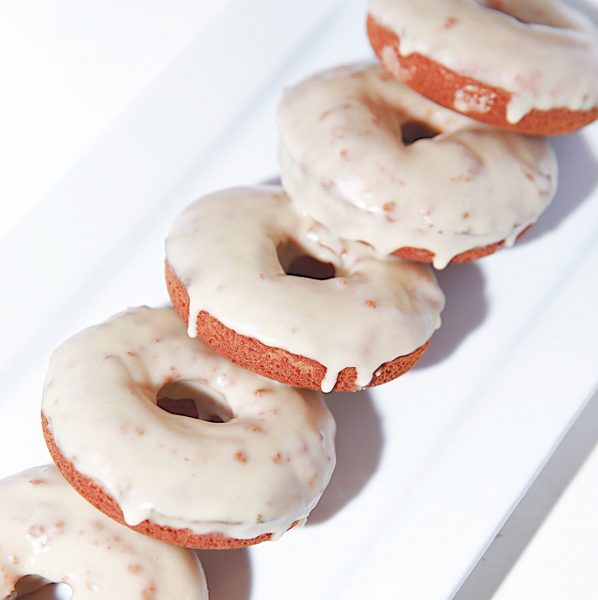 And then something amazing happened. A couple of years ago we discovered this little cider mill in Belton, MO that served….can you guess? YES…APPLE. CIDER. DONUTS. And they were perfect. Just like we remembered the ones from Edward’s Apple Orchard tasting. And we aren’t the only ones obsessed—go to Dunn’s Cider Mill at any point while they are open during the fall and you will be find a line that goes out the door into the parking lot. Is it worth the wait? Absolutely!

These donuts are my attempt to make our own homemade, slightly healthier apple cider donuts. Since they are baked, they’re more cake like and dense but so, soooo good. Added bonuses include NO oil, sugar or gluten and of course they are vegan! My kids couldn’t keep there hands off of them and honestly neither could the adults.

We had a little fun with ours and made an apple cider donut sundae with homemade vegan ice cream and my homemade salted caramel sauce…maybe it was just a tad overboard but delicious nonetheless. 😀 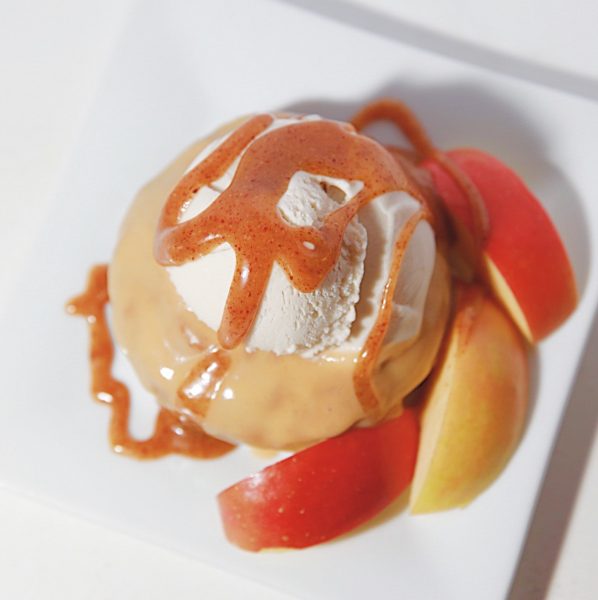 Hope you enjoy them as much as we did!